Taylor Swift took to social media to share the ‘original version’ of ‘The Lakes,’ the bonus track on her Grammy Award-winning album, ‘Folklore,’ which she says helped her and her fans ‘escape the real world together.’

Taylor Swift, 31, is celebrating the one-year anniversary of her surprise album, Folklore, with a never-before-released version of its bonus track. The singer took to her social media accounts to share a link to the original version of “The Lakes” along with a special post that thanked her fans for their support, which made the album become the best-selling album of 2020. She also shared never-before-seen black and white photos of herself walking outside along a rocky area and posing while smiling and hold two cups.

“It’s been one year since we escaped the real world together and imagined ourselves someplace simpler,” Taylor wrote in the caption for her post. “With tall tall trees and salt air. Where you’re allowed to wear lace nightgowns that make you look like a Victorian ghost every day & no one will side eye you cause no one is around. It’s just you and your imaginary cabin and the stories you make up to pass the time.”

“To say thank you for all you have done to make this album what it was, I wanted to give you the original version of The Lakes,” she continued before mentioning the names of the characters in some of Folklore‘s songs. “Happy 1 year anniversary to Rebekah, Betty, Inez, James, Augustine, and the lives we all created around them. Happy Anniversary, folklore. 🌿”

Taylor Swift: Then Vs. Now 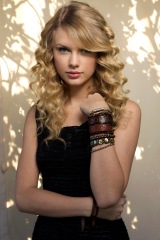 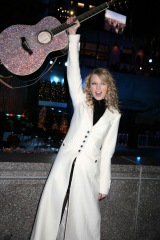 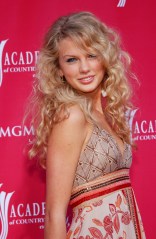 Once Taylor shared the new celebratory post, it didn’t take long for her fans to react with a lot of excited and supportive comments. “It’s so good!” one fan exclaimed about the original version of “The Lakes.” Another shared that they had “goosebumps” listening to it and a third called it “SO GOOD.”

Other fans took the time to thank Taylor for putting out Folklore with pics of them holding the album as well as stories of how it changed their lives. “This album pulled me out of a depression that a pandemic and abusive relationship caused. The songs and stories shared help me escape in a way no other media has,” one fan explained while another said, “Folklore felt like the huge hug that I needed.”

Folklore, which is Taylor’s eight studio album, won Album of the Year at the 2021 Grammy Awards and became a staple in her music career. It included the hit single “Cardigan” and other memorable tunes that became the perfect track list for the summer. She followed it up with the surprise release of Evermore on Dec. 11, 2020.