Black English soccer stars received racist attacks after England lost to Italy in the Euro 2020 championship game. And some of Hollywood’s biggest stars were not having it.

During the Euro 2020 championship game on Sunday, July 11, Bukayo Sara, Marcus Rashford and Jadon Sancho, three Black members of England’s national soccer team, stepped up during the final penalty shots in hopes of defeating Italy. But when all three men missed their kicks, thus ending the game in an Italy victory, they became the subject of brutal racist attacks from online trolls. A mural of Marcus was even defaced in his native Manchester, according to The Wall Street Journal.

However, there was also an overwhelming amount of support for the athletes that poured out on social media from Hollywood stars and public figures. Gabrielle Union retweeted a post that said, “Marcus Rashford has done more for England then winning a penalty could ever do. Bukayo Saka has bought joy and inspiration to so many at f***ing NINTEEN. These kids need to hold their heads so high.” Diddy chimed in as well, writing on Instagram, “We stand with you Kings. Proud of all your efforts on and off the field and we will always support you. Continue to inspire. Love. And to the racists… F*** YOU!” Meanwhile, Naomi Campbell said she had “a heavy heart” when she saw “such disgusting racial comments.” The British model added to England’s players: “I want to let you know HOW PROUD I AM OF YOU ALL , AS YOU GAVE YOUR ALL , AND DONT LET THE IGNORANT VOICES IN.”

Tom Holland also slammed the racist attacks in a lengthy Instagram post. “People abusing any England players are the only people who have let anyone down. Their behaviour – the people who beat up the Italian fan and the assholes hurling racist abuse is despicable. You are not my countrymen,” the English superhero actor said. Little Mix and Yvette Nicole Brown also expressed their outrage over the racist attacks in social media posts.

Outside of Hollywood, Prince William and David Beckham — both of whom attended the match — each shared messages of support to England’s soccer players and slammed the racist trolling that they’re experiencing. The Duke of Cambridge, 39, wrote on Twitter, “I am sickened by the racist abuse aimed at England players after last night’s match. It is totally unacceptable that players have to endure this abhorrent behaviour. It must stop now and all those involved should be held accountable.” On Instagram, David, 46, said, “Anyone who doesn’t support and RESPECT each and every one of you today isn’t an England fan. Win or lose we stand with you .. Hold those heads high.. @england.” 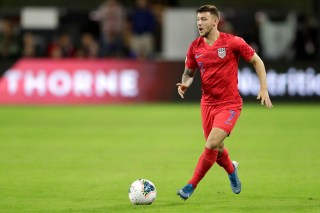 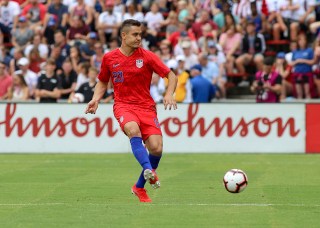 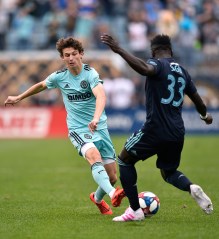 I am sickened by the racist abuse aimed at England players after last night’s match.

It is totally unacceptable that players have to endure this abhorrent behaviour.

It must stop now and all those involved should be held accountable. W

The Euro 2020 championship game, which was delayed by one year due to the COVID-19 pandemic, came down to penalty kicks after a 1-1 tie after extra time. England’s fans were understandably devastated by the narrow loss, and stars like Adele and Sophie Turner reminded the players to be proud of their accomplishment. Meanwhile, Italy fans — which included famous faces like Madonna and  Lindsay Lohan — celebrated their victory accordingly.