Jennifer Lopez, 51, rocked a diamond-encrusted bikini top and denim short shorts in her latest music video! The singer dropped a new clip for her song “Cambia El Paso,” featuring Rauw Alejandro, and it follows J-Lo as she leaves a relationship. The video shows her arguing with her boyfriend before she gets up and leaves him, despite him pleading that she comes back. She told Apple Music 1‘s Zane Lowe that the track was “about change and it is about taking a step. And it’s like, at once I just advance, just take one step. It doesn’t matter. Right. Left. Whatever. Take a step.” 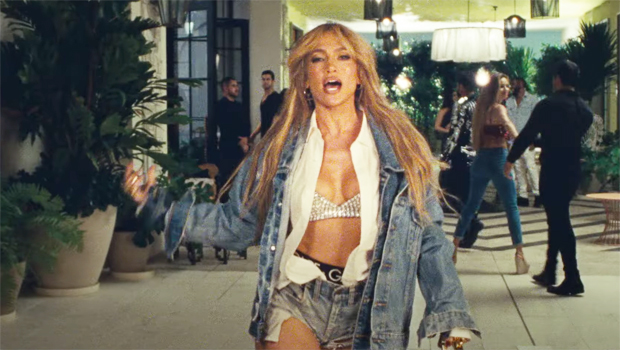 She continued, “When things don’t feel right. When you need to change, ‘Cambia El Paso,’ that’s it. That’s all you have to do. And for me, it resonated, it resonated right now. So it was a great thing.” J-Lo also assured fans that she’s “never been better,” amid her new romance with Ben Affleck, 48.

“I want my people who care about me, because I care about them so much, to know that I’ve really gotten to a place in my life where I’m great on my own. I think once you get to that place, then amazing things happen to you that you never imagine in your life happening again… that is where I’m at.”

Jennifer also shared some behind the scenes footage from the shoot, including one where she stayed cool with prebiotic soda brand, Poppi. “Tastes so good (and good for you too!)” she said as she shimmied while sipping on the strawberry lemon flavor.

As fans would know, Jennifer and Ben reunited after she split from fiance Alex Rodriguez, and a source close to the singer told HollywoodLife that the new couple were “full steam ahead”. They also noted that the pair’s relationship is very “different” from when they first dated back in the early 2000s. “Bennifer is moving full steam ahead. Everyone around her especially can’t believe this is actually happening. But when she said she was done with Alex, everyone knew she meant it. She’s given ending that relationship zero second thought and hasn’t looked back,” the insider dished. 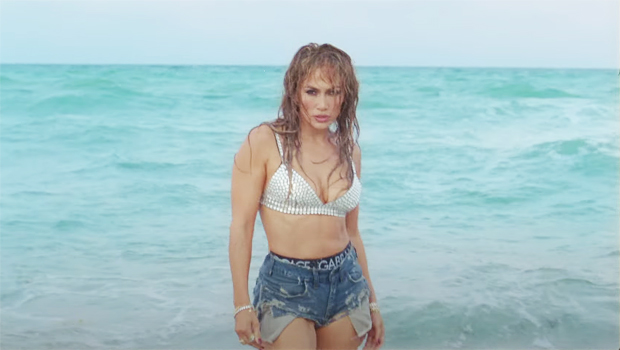 While there’s certainly been no shortage of romantic rendezvous and sleepovers between the pair since re-sparking their relationship in April, the source told HL that the couple has even more plans to spend time in Los Angeles. “She’s been spending more time, with plans to continue to do so, in L.A. She’s even discreetly been in and out [of town]. She likes to stay at The Pendry with him and goes there multiple times a week to try and not be seen. Nobody knows why when they both own homes here, but she does,” the insider explained.

Related: Jennifer Lopez As A Bride: All The Times She’s Worn A Wedding Dress In Films