After a trip across the country and back, Bennifer — Jennifer Lopez, 51, and Ben Affleck, 48 — kept things casual on Thursday, July 8 when they stayed in at the Argo actor’s home in Los Angeles and enjoyed a sleepover together. This was apparent the next morning, when Jennifer was photographed being picked by her assistant outside the residence. In the photo, the “Let’s Get Loud” songstress wore sunglasses and seemed to be very happy after her night in with Ben, whom she recently reconciled with.

Jen and Ben recently returned to Los Angeles following a quick trip to the Hamptons, where they celebrated the 4th of July with the singer’s children Max, 13, and Emme, 13, whom she shares with ex-husband Marc Anthony. During their time in the affluent New York community, Jen and Ben were spotted on a romantic stroll around the area on July 3. Three days later, the couple was spotted at a local bookstore together, and this time were joined by Emme and a friend.

Bennifer has been inseparable since they rekindled their romance in April. In fact, a source recently told HollywoodLife that the couple has plans to spend even more time together in L.A. “She’s been spending more time, with plans to continue to do so, in L.A. She’s even discreetly been in and out [of town],” the source said of Jen. “She likes to stay at The Pendry with him and goes there multiple times a week to try and not be seen. Nobody knows why when they both own homes here, but she does.” 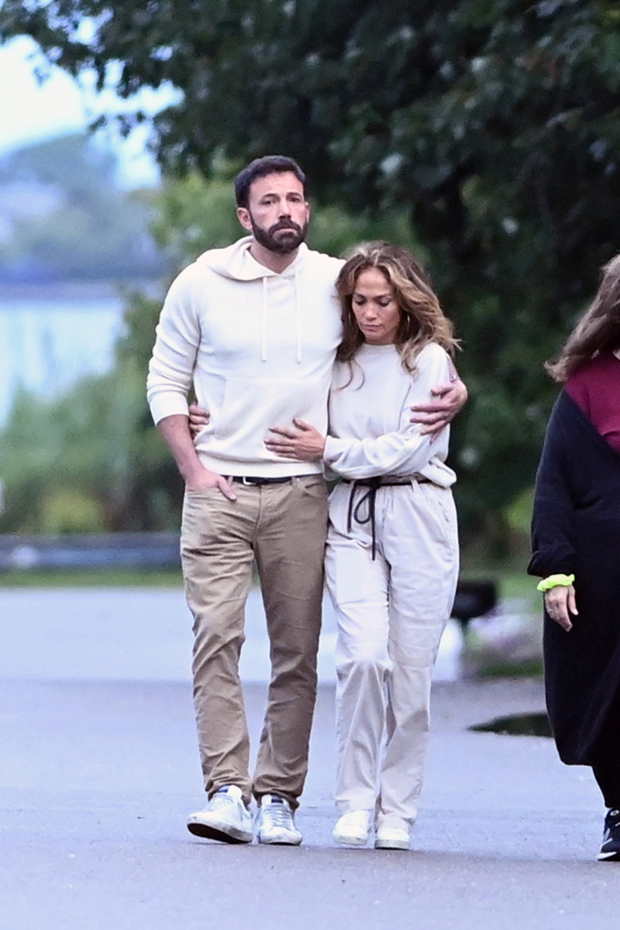 Ben and Jen got back together after the singer split from fiancé Alex Rodriguez. The couple dated between 2002 and 2004 after meeting on the set of their rom-com Gigli. They were even engaged, but postponed their wedding in 2003, citing the intrusive “excessive media attention” in a joint statement. They officially separated the following year.

Neither Jen nor Ben have publicly addressed their reunion. However, Jen did say in a July 5 interview with Apple Music’s Zane Lowe that she’s having “the best time of my life” as of late. She also insisted to her fans that, in the wake of major life changes, she’s doing just fine. “I’m super happy. I know people are always wondering, ‘How are you? What’s going on? Are you okay?’ This is it. I’ve never been better,” she said.