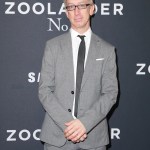 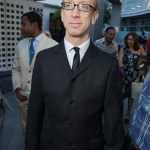 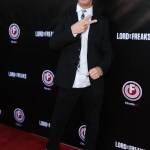 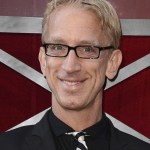 Andy Dick was arrested by the LAPD over the weekend after allegedly assaulting a man with a metal chair.

Andy Dick, 55, got into some trouble this past weekend and it resulted in his arrest. The comedian was arrested for assault with a deadly weapon in the Los Angeles area and already has a set bail. “Andy Dick was arrested at 4:45PM on June 26th for assault with a deadly weapon on the North 1200 block of Mansfield. His bail is set at $50,000 and a court date has not been set as of yet,” the LAPD confirmed to HollywoodLife.

Radio and TV personality Elisa Jordana, who is engaged to Andy, revealed news of the arrest on her YouTube show, Kermit and Friends, this week, and claimed Dick assaulted a man with a metal chair. “He could have killed him,” she said in the video while also stating the victim was taken to Cedars-Sinai hospital. “I saw pictures, I saw video; it’s not good.”

In her video, Elisa also said Andy, who has made headlines in the past for trouble with the law, can get “very aggressive” when he’s drunk. “It was getting worse and worse and worse,” she said about his alleged behavior. “Everyday there was some kind of problem. There were signs something was going to happen.”

She went on to claim that before his arrest, Andy was evicted from his home and moved in a hostel before getting kicked out for bringing in 11 people. She also talked about how he allegedly stole “cutlery, a wine glass, and plates” from a restaurant and asked her to come by another restaurant to pay his tab.

“There are warning signs with people,” she continued. “It doesn’t happen out of the blue. When I heard he was in jail, I wasn’t that surprised,” she added while also saying she’s glad he’s safe. “We don’t have to worry that he is going to die today,” she said.

Jordana also commented on Andy’s bail and said he made it on Tuesday morning. On that same day, he took to his Instagram story to share a video of his leg and arm wrapped up in medical tape and could be heard talking about “a shattered ankle” and “tendons ripped off.” He also said to not worry about him because he’s “doing good” before panning over to a cute dog that sat beside him.

Before his latest arrest, Andy was charged with groping a driver from a riding service in 2019. The year before, he pled not guilty to misdemeanor battery and misdemeanor sexual battery after allegedly groping a woman’s behind. In 2017, he was also reportedly fired from an indie movie when he was accused of groping members of the cast and crew. He denied the groping but said, “I might have kissed somebody on the cheek to say goodbye and then licked them.” He also said he propositioned people for sex.