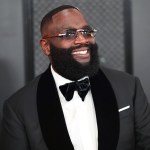 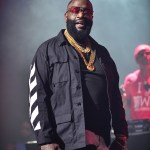 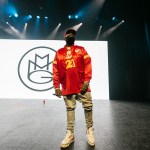 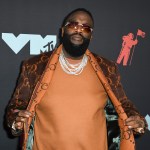 The rapper and entrepreneur shares his best tips on rebounding after the pandemic and why chicken lovers shouldn’t fear the national wing shortage.

Rick Ross isn’t going to let a chicken wing shortage get him down. On June 21 the  rapper and Wingstop franchisee helped the restaurant chain launch its new Thighstop initiative, even starring in a cheeky commercial. In the ad, when asked if he’s done hustling, the 45-year-old deadpanned, “Nah, we’re doing thighs.”

“Let’s have both,” Ross tells HollywoodLife about the pivot. The self-confessed chicken wing fan, who owns more than 20 Wingstop franchises says he’s embracing the change. “Growing up, it was always wings, thighs and then the legs. I love all three but that was the order I loved them in. So, for me to be here and a part of this, this is huge. I really feel like we’re going to make history. I’m excited. I can’t wait to see the reaction from the fans and the customers.”

The “Hustlin’” rapper is helping the company and the restaurant industry address a genuine problem. The national shortage has seen the price of chicken wings soar. “The [wholesale] price of wings a year ago was as low as 98 cents [per pound],” Wingstop’s chairman and CEO, Charlie Morrison told CNN Business. “Today, it’s at $3.22.”

Thighs are cheaper and that’s why the chain is encouraging people to hop online and choose from their bone-in or boneless cuts and 11 different flavors, which DoorDash will deliver.

Thighstop and Ross’s collaboration with Wingstop are just examples of his entrepreneurship and passion for community. Asked what advice he’d give to other restauranteurs trying to rebound as the U.S. emerges from the COVID-19 pandemic that gutted the industry, the rap artist’s tip is to roll up your sleeves and find out what your locals want.

“That’s something I have no problem doing. I pull up, I go to the barbershops, the carwashes to take pictures, just with everybody that’s all around the surrounding areas… I try to get as visible as possible.”

Ross says he even regularly pops into one of his many franchises and asks customers what they’re ordering. Keeping in touch with real people is essential, even if you’re a “globally recognized artist,” he says. “The youngsters where you’re from should have seen [you],” he adds. “I pull up to the middle school and I let them see us and they take pictures with me, take pictures around the car. I try to do that as much as possible because you have to keep it on the local level.

“You have to remain familiar, regardless of how successful your restaurant is, how good the wings are going. What it is, whatever we’re doing, we’ve got to stay in touch.”

And, apparently, take photos. “I get it all,” he says when asked how his fans react when he surprises them in the neighborhood. “I really do. [I get] ‘I must take photos,’ which to me is cool because, believe or not, I want to take a photo with you [too].”