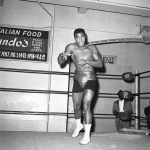 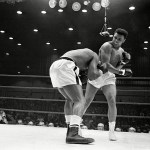 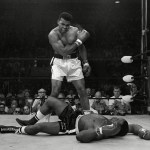 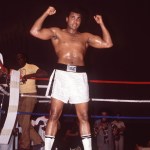 Muhammad Ali’s daughter and grandson share some of their favorite memories about The Greatest Of All Time five years after his passing.

Muhammad Ali’s daughter is remembering the three-time world heavyweight boxing champion after her father was laid to rest in his hometown of Louisville, Kentucky on June 10, 2016. Khaliah Ali, 47, and Muhammad’s grandson Jacob Ali Wertheimer, 22, spoke EXCLUSIVELY with HollywoodLife to share what they “miss most” about the boxing legend and how they celebrated his life on the five-year anniversary since his passing.

“I always reserve the right – which wasn’t always easy to do – to be my father’s child and nothing more. So, what I would tell you, I miss most are his wonderful hugs and his beautiful smile and his amazing sense of humor,” Khaliah said. Throughout his life, Muhammad was married four times with his fourth wife, Yolanda “Lonnie”, being with him in 1986 until he passed away 30 years later. He was a father-of-nine between his relationships with two sons and seven daughters, including Laila Ali.

Jacob – who is a May 2021 graduate of Harvard University with a B.A. in Government and African-American studies – recalled memories about growing up as the grandson of The Greatest Of All Time. “People always asked me growing up, ‘What’s it like being the grandson of Muhammad Ali? Do you ever see him?’ And to me, the answer was always the same. He was my grandfather like anybody else’s, and he always tried to make time for me. I always miss the calls he used to give me. He used to call me in the mornings, or before school and after school, and asked me how I’m doing and how I’m keeping up my grades. I’ll always cherish and miss those calls.”

In honor of the five-year anniversary since Muhammad’s epic funeral, a documentary directed by Graham Shelby was released entitled, City of Ali. It focuses on the boxing legend’s relationship with his hometown and how the town gave him a grand send-off after he tragically passed away at the age of 74 on June 3, 2016 after struggling with Parkinson’s disease.

Louisville’s Muhammad Ali Center hosted the world premiere of City of Ali during the 5th Annual Ali Festival which runs through June 13. Cast, crew, and Ali’s family sat for the first screening, and Khaliah described what that experience was like for her, saying, “I saw the town of Louisville come together. I saw the pride that they felt in their hearts that my father was their child, their product. I saw the people up close that I only got a glance of so I was able to get a more intimate portrait of who they were and what that day meant to them, not just to us as a family. And I got to see what the world looks like without my dad for the first time. It wasn’t easy.”

Jacob added, “What people can expect to see from the documentary is not only a really close look at what that day was when everybody came together for my grandfather’s passing, that whole week really, the immense amounts of planning that happened, but also just how much the city of Louisville was a part of who my grandfather was. It was really wonderful to see that clearly just how much of that city was a part of him, deeply ingrained into his being. You see the man who grew up a mogul and the man who would become, but he was always a boy from Louisville at the end of the day.”

Meanwhile, when Khaliah is not paying tribute to her late father, she’s busy with her work as a board member on Philadelphia’s Juvenile Law Center and is involved with an array of global humanitarian causes including relief efforts for victims of the devastating volcanic eruption in the Congo on May 22. She’s also involved with her philanthropic work in a renewed effort to swing the spotlight on workers’ rights violations in Africa’s diamond-mining industry.

Khaliah has become an advocate of laboratory-grown diamonds after she and Jacob learned about the diamond mining in the Congo. She has applauded Pandora, the largest jewelry retailer in the world, for phasing-out its inventory of earth-mined diamonds as it will only sell laboratory-grown diamond rings and accessories in its U.S. stores, starting in 2022, according to the company.

“Needless to say, with the eruption of the volcano I was grief-stricken because I know how fragile life is in the Congo on a good day, so to speak,” Khaliah said. “And with that in mind, the continued issue of diamond mining, not only its effects on humanity but on the fiber of society, the loss of limbs, the loss of life, the bloody atrocity that it leaves behind. So I truly can’t applaud Pandora enough for their recent efforts [in laboratory-grown diamonds]. That’s a huge stance, that’s a game changer. It’s very much like my father, you step out there and you take a risk that could cost you, and even financially cost you, and you’re doing what’s right, but I really do applaud them for that.”