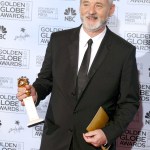 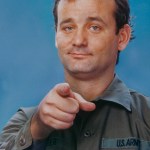 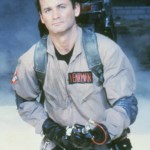 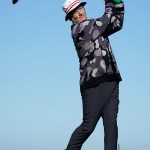 He’s going to root, root, root for the home team! Bill Murray delivered an epic performance of “Take Me Out to the Ball Game” during the seventh inning stretch, as the Chicago Cubs faced off against the St. Louis Cardinals on Wrigley Field on June 11.

The series-opener game was the first time Wrigley Field hit full capacity since before the COVID-19 pandemic hit and the Ghostbusters actor, and self-proclaimed “number one Cubs fan,” gave it his all to rally the crowd.

Bill Murray is at Wrigley to celebrate it being at 100% capacity pic.twitter.com/qB2T4G5LZ3

“This is what it feels like to be 100%!” the Chicago born comic shouted over the mic from the broadcast booth. “We’re gonna be louder from right now until the last out in the top of the ninth inning. Understood?”

The OG Saturday Night Live star proceeded to sing his heart out to the ballgame classic and the crowd joined him in his efforts to “scare the hell out of these Cardinals!”

The musical motivation must have worked because the Cubs won the matchup 8-5, thrilling the 41,000 thousand fans in attendance — and Bill, of course.

This isn’t the first time that Bill has busted out “Take Me Out To The Ballgame” to boost Cubs’ morale. In July 2020, when games were closed to fans due to the pandemic, he sang it from home while clutching a giant stuffed bear.

And, back in 2016, he sang a Daffy Duck version of the song to  pump up the crowd. That same year he celebrated Chicago’s World Series win with Cubs’ then President Theo Epstein.

The Groundhog Day actor opened up about his love of the Chicago Cubs — and his first visit to Wrigley Field — in a 2012 interview with The New York Times.

“I was a big Cubs fan, and I watched all the games on TV,” he told the news outlet. “But when I grew up, TV was in black and white. So when I was seven years old, I was taken to my first Cubs game, and my brother Brian said, ‘Wait, Billy,’ and he put his hands over my eyes, and he walked me up the stairs.

“And then he took his hands away. [He begins to get choked up] And there was Wrigley Field, in green. There was this beautiful grass and this beautiful ivy. I’d only seen it in black and white. It was like I was a blind man made to see. It was something,” he added.