Jason Derulo’s girlfriend Jena Frumes has been spotted with the couple’s newborn baby, nearly one month after she gave birth to the little boy.

Jason Derulo and Jena Frumes are proud parents! Nearly one month after she gave birth to little Jason King, Jena was seen cradling the adorable newborn on June 3 in Los Angeles — see the pics here. The 26-year-old model was photographed on what appeared to be on the set of a photoshoot with her mini-me son, four weeks after she and the 31-year-old musician welcomed him into the world. In one snap, she was seen rocking a gorgeous orange mini dress, which put her toned and tanned legs on display. 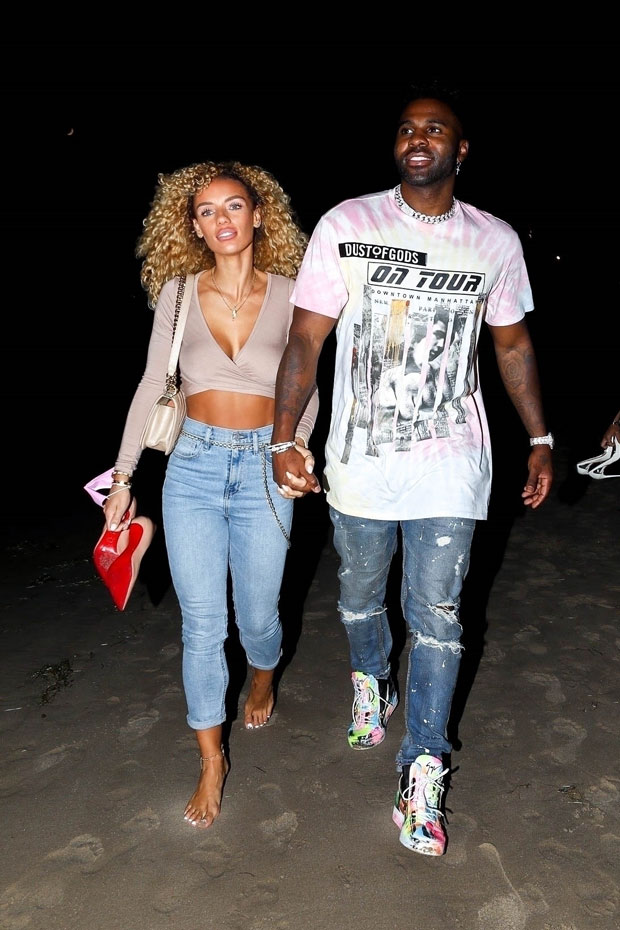 She also draped a white cardigan around her shoulders and smiled as she cradled the baby boy. In another pic, Jena’s taut midsection was on display in a white Calvin Klein sports bra and a pair of distressed denim jeans. She styled her curly blonde hair in loose curls, which were seen blowing in the wind.

It comes just weeks after revealed baby Jason was born on May 8. Jena captioned her post, “A glimpse of my first week with our healthy handsome little king. Life now has so much more meaning & I am so grateful. I’m so so so in love with this little boy he’s everything I never knew I needed 05/08/2021. I love you forever @jasonderulo.”

Just 11 days after giving birth, Jena shared a snap of herself with abs, as she posed for a mirror selfie wearing underwear and a crop top with nursing pads peeking out. Another snap showed baby Jason’s tiny hands clutching Jena’s fingers as he lied in his crib. Jena also shared photos from the hospital, showing her baby lying on her chest and her absolutely glowing in her hospital bed while waiting to give birth. 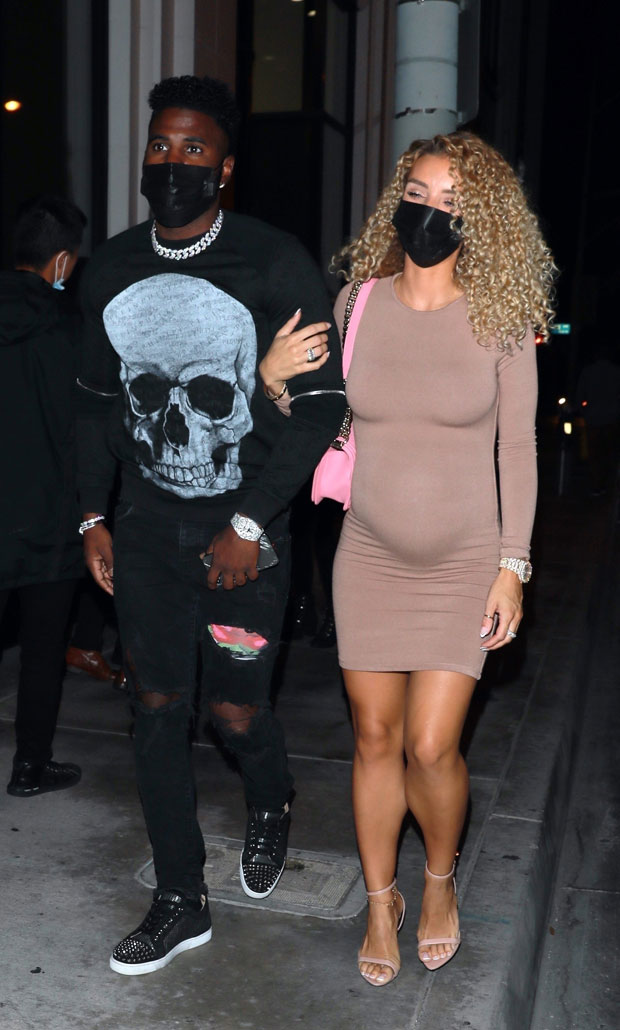 The Cats star was also seen bonding with his mini-me by getting into a hospital bed next to Jena, shirtless, for some skin-to-skin contact. He shared a video from the day of his birth. “The happiest day of my life bringing our baby boy (Jason King Derulo) home. He’s so lucky to have such a strong caring hero of a mother @jenafrumes,” the singer captioned the post.