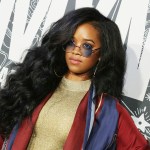 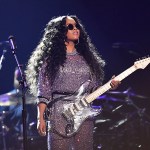 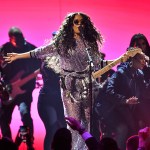 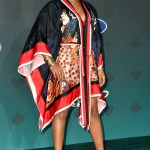 Even Miley Cyrus is obsessed with R&B singer H.E.R.’s acoustic cover of her iconic 2008 breakup anthem ‘7 Things’. Listen to the stripped back rendition!

H.E.R. has delivered an acoustic version of one of Miley Cyrus‘ OG hits that we never knew we needed. The 23-year-old singer, who already has two Grammys, took to Twitter on June 3 to share a snippet of herself putting a sultry twist on Miley’s hit “7 Things”. The breakup anthem, which has long been rumored to be about Nick Jonas, is an upbeat bop with heavy drums and guitar. In this version, H.E.R. sings softly while playing her guitar. “IYKYK,”she captioned the Twitter post, an acronym for “if you know, you know”.

Miley re-tweeted the clip, captioning it, “I LoVe EvErYthInG aBoUt ThIs & YOU,” along with a string of heart emojis. Fans couldn’t get enough of the video, which showed the Super Bowl 55 star rocking a casual grey blouse with thick-framed glasses. “Yeah…I’m gonna need a full cover, you brought that on yourself,” one fan replied, while another wrote, “Excellent! Really enjoying the stripped down style.” A third chimed in, “Please sing the entire song.”

The former Disney starlet released the song in 2008, which talked about hating (and ultimately, loving) an ex-boyfriend. “Nick and I loved each other,” she said in 2008. “We still do, but we were in love with each other. For two years he was basically my 24/7. But it was really hard to keep it from people.” Naturally, Miley has moved on in the following 13 years, and most recently dated Australian singer Cody Simpson.

The pop star-turned-Olympic hopeful spokw out in the wake of his split from the A-lister during a May 29 interview with 60 Minutes Australia. “I’d known her for a long time at that point,” he said 10 months after they called it quits. “She’d kind of acted almost as like a, not as a mentor, but she was always a heightened creative person.”

The singers were first linked in October 2019 after Miley split from The Hills star Kaitlynn Carter and her divorce from ex-husband Liam Hemsworth. “We went from kind of being good friends and just having a lot of the same friends to being together for a while,” he explained, adding, “Everything ended fairly amicably. It was just one of those phases I guess you go through and you learn a lot from it.”