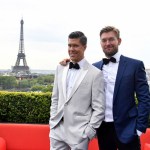 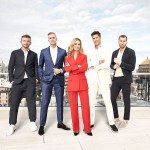 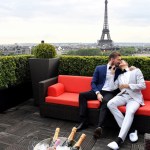 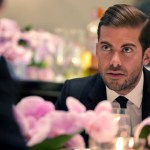 MDLNYs Ryan Serhant, 36, has had several ups and downs over the course of his 9 season tenure on the show with fellow cast member Fredrik Eklund, 44. Although Fredrik is spending a good chunk of the season in California, that doesn’t mean their dynamic is changing anytime soon! “Frederik’s great,” Ryan told HollywoodLife EXCLUSIVELY during an episode of TVTalk on Instagram Live on May 21. “He’s also a pain in the ass,” he then quipped.

Ryan and Frederik have both been on the show since its beginning in 2012. Fans have watched the successful real estate moguls have their ups and downs over the years. Despite having so many things in common like welcoming babies and getting married, they’ve still continued to accuse one another of stealing clients and listings and throw shady comments towards one another.

When Frederik and husband Derek Kaplan welcomed their twins back in 2017, Frederik expanded his business and the couple began a bi-costal lifestyle with Frederik also appearing on MDLLA, something Ryan isn’t having trouble handling. “Out of sight, out of mind a little bit,” Ryan joked. “He’s in the season. He pops in here and there. Makes himself known.”

Even the father to daughter Zena, 2, who stars in his own spinoff Ryan’s Renovation which premieres June 3, would label their relationship status as complicated. “Our relationship was friendly pre-COVID,” Ryan added. “There’s some drama that goes down this season that the cameras were there for which is just — muff. We’re friends and enemies at the same time if you will. We’re very competitive. We’re very similar. I’ll just leave it at that.”

Although Fredrik isn’t filming as much as the other cast members, Ryan still promises an up and down ride for the viewers. “No joke — Million Dollar Listing season 9 is the biggest roller coaster of emotions of any season of reality TV ever,” Ryan said. “We are real estate brokers in the most high stakes market in the world going through pre-COVID, going through COVID, going through every deal happening to every deal dying to starting my own company to coming out of it to trying to figure out how to navigate these streets again when NYC was the epicenter. We had the Navy here. There were tents in Central Park. There were bodies off the FDR. It was complete insanity. We forget about it now, but this season follows all of it so you get to relive it with us so you’re in for a wild ride and all I have to say is buckle up, Sally.”