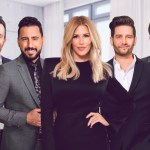 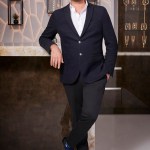 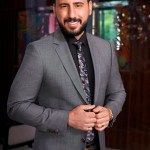 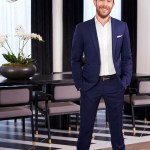 Fredrik Eklund has arrived in LA to look for a home for his NY-based client in this EXCLUSIVE ‘Million Dollar Listing LA’ preview. Josh has a listing for him, but Fredrik is not entirely sold on it.

The home Josh shows Fredrik was built in 1990. It was renovated 10 years ago. Josh tells Fredrik that his client bought the home “at the height of the market” for a little more than $5.8 million.

The client’s total investment in the home is around $6.3 million, but the client has put the house on the market for $3.9 million. This house is a great deal for those looking to save money and invest elsewhere. This isn’t a runaway hit for Fredrik, though. He asks Josh why his client is selling her house.

“Her lifestyle changed,” Josh reveals. “She doesn’t want a big house anymore, and she got a fabulous place in Century City. And it is what it is.”

Fredrik has more questions for Josh, including why the house hasn’t sold yet. “You tell me,” Josh quips. He gives Fredrik a tour of the home. Fredrik is impressed with certain aspects of the house. However, he does have one criticism. “The house needs to smile more. It’s a little frowny,” Fredrik tells Josh. “Fredrik is like the love child of a labrador and a peacock,” Josh admits. Fredrik is certainly one of a kind!

The synopsis for the episode reads: “Altman lists a castle in Beverly Ridge and leans into Game of Thrones to get people through the door. Flagg finds himself opposite Fredrik, trying to negotiate a deal while getting a fair price for his client. James and David are under pressure to get their latest Zach Vella listing sold, or else risk getting replaced with a familiar NY agent.” Million Dollar Listing Los Angeles airs Tuesdays at 9 p.m. on Bravo.