Hugh Jackman, 52, put his fit figure on display when he was photographed going for a run in The Hamptons on May 15 — see all the pics here. The actor appeared to be in high spirits as he soaked up the Spring sunshine while working out on the sandy beach. The Greatest Showman star even went for a tip in the chilly waters at celeb hotspot, Sag Harbor Beach, before making his way back to shore to continue exercising. 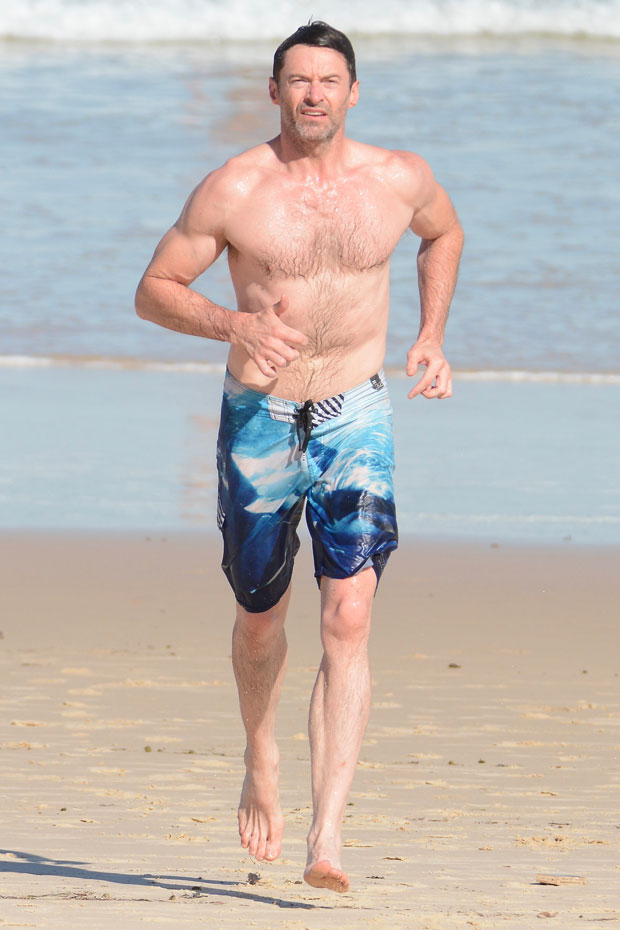 The Australian-born A-lister kept it casual in a pair of black swimming trunks and matching, black water shoes as he went shirtless for the pre-summer workout. Fans of the actor would know he’s renowned for his intense workout routine. In 2020, he appeared on The Tim Ferriss Show and opened up about how he pushes himself to work harder.

“I mentally, quite often during the day, just before I do an activity, imagine that it’s done. That feeling I have when it’s done and gone well. And I go into it with that,” Hugh explained, adding that one of his favorite activities is rowing. 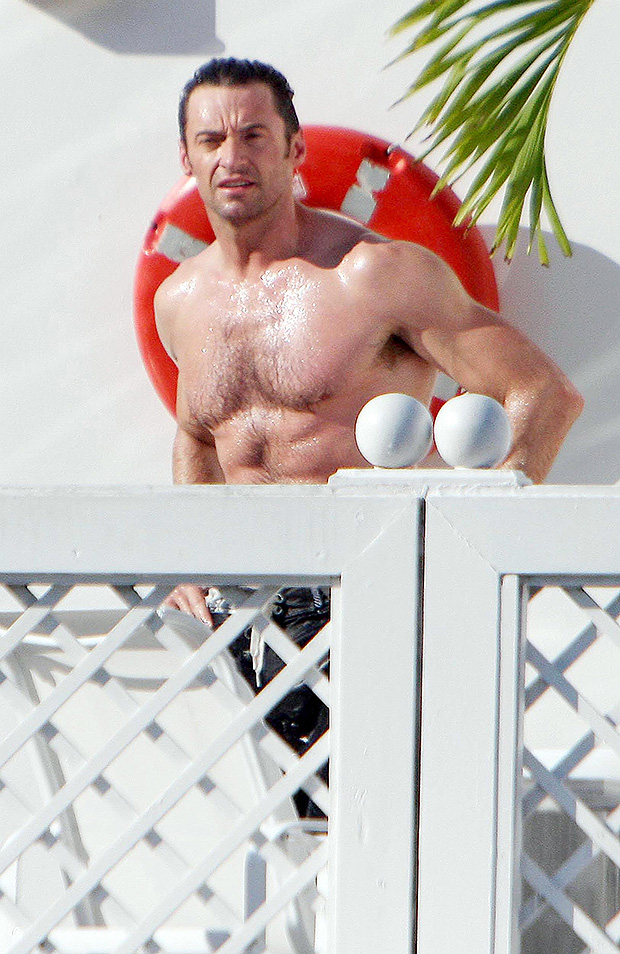 “There’s a reason the rower’s usually empty at the gym, because it’s difficult. And a lot of people want to say it and feel they’ve worked out, and they want to get a sweat, but they don’t necessarily.” He continued, “I have to prepare to look physically a way, but I can’t get injured. So I can’t prepare as a bodybuilder. I have to be able to prepare as a really jacked, ripped athlete-slash-dancer.”

These new pics come just a few months after Hugh showed off his fit physique while doing the polar bear plunge. He was seen running into the low-temperature water at a beach and going for a swim to celebrate 2021. He shared a video of the moment to Instagram on Jan. 1. “Hey everyone, it’s January 1, 2021,” he said at the beginning of the video, “Happy New Year!”

Related: Hugh Jackman’s Wife: Everything To Know About Deborra-Lee Furness