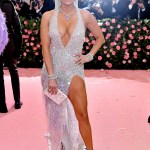 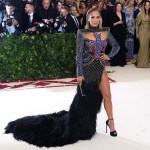 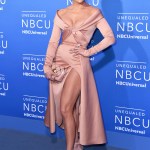 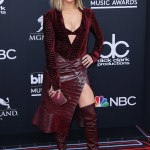 Jennifer Lopez has stunned in a red dress with a major, thigh-high split after her recent Montana getaway with former flame Ben Affleck.

Jennifer Lopez has never looked better! The 51-year-old “Let’s Get Loud” hitmaker has barely aged a day since she burst onto the scene in the late 90s, and has stunned in a new snap. Stylist Rob Zangardi took to Instagram on April 12 to share a behind the scenes photo of JLo wearing a red dress, with some major split action. The floral dress, which featured a collared neckline and a cinch at the waist, split all the way up to her thigh. She wore a grey coat over the top, and accessorized with gold hoop earrings, as she styled her highlighted tresses in a gorgeous blowout.

“That Jlo Glow,” he captioned the photo, which appeared to have been taken during a shoot for the brand Coach. “She is a Queen!!!i dont know what else to say !!” one follower commented, while another wrote, “About to be 52 with the best body in the world…yes yes yes to her.” Of course, fans would know this post comes just days after her trip to Montana with former flame Ben Affleck.

The pair made headlines after seemingly rekindling their romance, as they took a week-long trip to Montana. The ex-fiances were photographed touching down in Los Angeles after the getaway, and the pics practically broke the internet, as fans and celebrities alike discussed the possibility of a ‘Bennifer’ reunion.

A source close to the Good Will Hunting actor told HollywoodLife that he reportedly “cooked” for J-Lo on the trip. “Ben had a great time with Jen in Montana, and he’s happy they were able to spend some one-on-one time together for a few days,” the insider dished.

“He isn’t putting any expectations on things and is taking things one day at a time. Ben pulled out a few stops by trying to impress Jen during their trip, and he even cooked for her on one or two occasions.” The source added, “They haven’t been able to spend time together like this in years, and he really enjoyed her company and catching up.”