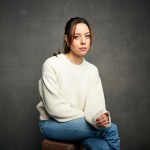 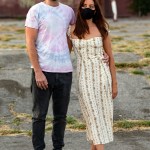 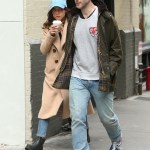 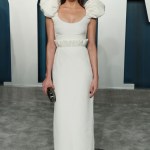 Aubrey Plaza revealed in a sweet Instagram post that she wed her partner of nearly a decade, Jeff Baena! See her caption where she celebrates her ‘husband’ and his new project!

Congratulations to the happy couple! Aubrey Plaza shared in an Instagram post on May 7 that she and her longtime partner, Jeff Baena, tied the knot. The Parks & Recreation actress, 36, took to social media to celebrate her longtime love’s recent career accomplishment, and let slip that Jeff is now her husband.

“So proud of my darling husband [Jeff Baena] for dreaming up another film that takes us to italia to cause some more trouble,” she began the post to a collection of photos and an announcement that her filmmaker beau, 43, will helm the forthcoming production Spin Me Around. Naturally, so many of Aubrey’s fans and famous friends were thrilled about the project. There were, however, some admirers who were caught completely off guard by Aubrey’s announcement.

“UM HUSBAND HOLD ON THERE,” one fan commented on the Instagram post. “HUSBAND?? did i miss something,” another admirer wrote. A rep later confirmed to People that the two stars did indeed wed. Although the announcement did come as a surprise, this next step in the longtime couple’s relationship isn’t as shocking. Aubrey and Jeff have been linked since roughly 2011. The two romantic partners have worked together in the past, collaborating on movie sets a number of times, with their latest project already announced. Aubrey previously starred in Jeff’s films Life After Beth, which came out in 2014, and the 2017 raunchy comedy The Little Hours.

Jeff and Aubrey have always kept their relationship fairly low-key, despite the twosome being very busy in their respective careers. Aubrey recently earned rave reviews for her performance in Black Bear, and appeared in the ensemble holiday romantic comedy Happiest Season. Jeff, meanwhile, worked with Alison Brie on the Netflix film Horse Girl.