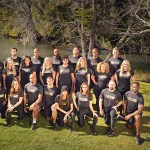 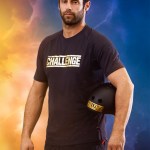 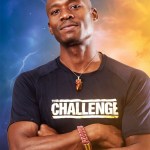 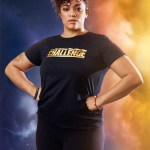 On this week’s episode of ‘The Challenge: All Stars,’ Alton uncharacteristically loses his stamina while competing in an endurance mission.

Alton Williams is one of the biggest physical threats on The Challenge: All Stars, but even he struggles in the daily challenge this week. HollywoodLife has an EXCLUSIVE sneak peek of the show’s April 29 episode, which features the contestants split up into teams for an endurance challenge. The team members have to work together to carry a heavy log on a grueling path, which appears to be uphill.

“We’re all tired,” Katie Cooley says in the preview. “I’m breathing like a farm animal, but we just don’t want to give up.” However, it was Alton who appears to be struggling the most. “Rest. Break! Break now!” he can be heard telling his teammates. At one point, he nearly falls to the ground, and tries to stabilize himself by leaning on teammate Beth Stolarczyk. “Alton cannot catch his breath and I don’t understand why Alton is starting to lean on ME,” Beth says. “Get off me, Alton!”

As the challenge goes on, Alton continues to ask his team to rest. At one point, he even drops to the ground as the others grow frustrated. “Something’s going on,” Syrus Yarbrough says. “There’s no way this physical specimen is on his freakin’ knees and here I am, at 50 years old, doing it. I’m concerned for him a little bit, but I’m more concerned with keeping myself in the game.”

When the clip ends, Alton, who is 41 years old, is still struggling, and it’s unclear whether or not the team will be able to complete the mission. The Challenge: All Stars has definitely proven to be no joke so far, with the veteran players competing in difficult challenges each week that have put them to the test. New episodes of the show air on Thursdays on Paramount+, and you can stream the whole season so far on the app!