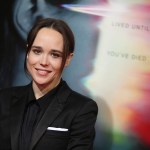 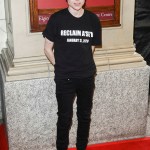 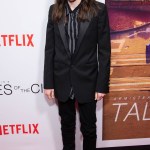 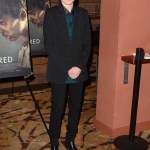 Elliot Page told Oprah Winfrey the real reasons he publicly came out as a transgender man in his first TV interview since transitioning. The ‘Juno’ star knew he was a boy even as ‘a toddler.’

For Elliot Page, it was “imperative” to post that letter in which he came out as a transgender man in Dec. 2020. The 34-yer-old Juno star admitted this in a sneak peek for his April 30 interview with Oprah Winfrey, who asked Elliot what led up to making the announcement about his transition. Elliot clarified that he was “expressing this to people in [his] life” for a long time, but he had one big reason for finally breaking the news about his gender identity to the world.

“For me, I think is in this time we’re in right now and especially with this horrible backlash we’re seeing towards trans people, particularly trans youth, it really felt imperative to do so,” Elliot revealed. And on a personal side, Elliot recalled feeling “closeted for so long” before coming out as gay right before his 27th birthday — to the point where he said, “I had pretty much never even touched someone outside who I was in love with.”

Elliott did not want to feel the need to hide himself to that extent ever again. “I think any sensation of feeling that again, there was just no way I could do it,” Elliot admitted, who added that he came out as transgender to the public because “it felt important and selfish for myself and my own well-being and my mental health.”

From the time he was a child, Elliot knew that he was a boy. “All trans people are so different, and my story’s absolutely just my story. But yes, when I was a little kid, absolutely, 100%, I was a boy,” he also told Vanity Fair (which obtained the preview of his interview with Oprah) for an interview published on April 28. The Inception star revealed that he knew he was a boy as far back when he “was a toddler.”

“I was writing fake love letters and signing them ‘Jason.’ Every little aspect of my life, that is who I was, who I am, and who I knew myself to be,” Elliott told Thomas Page McBee, who is a trans journalist. The Umbrella Academy star was not met with understanding, sadly. “I just couldn’t understand when I’d be told, ‘No, you’re not. No, you can’t be that when you’re older.’ You feel it,” Elliott said.

“Now I’m finally getting myself back to feeling like who I am, and it’s so beautiful and extraordinary, and there’s a grief to it in a way,” Elliott admitted. Now that the actor has made his transition in front of the world, he was asked this: “If you could go back and say something to yourself as a child, or to a trans kid today, what would you say?”

“I would tell them that they were 100% real. I would tell myself I was exactly who I saw myself as, and felt myself as, and knew myself as,” Elliott told the Vanity Fair journalist. Elliot will be further discussing his experience as a transgender man — and the horrifying discrimination transgender people are facing — in his sit-down interview with Oprah Winfrey, which will air on April 30.

A preview of Elliot Page’s interview with Oprah Winfrey. [Instagram/@elliotpage]

“It was something I needed to sit with for a moment, because the backlash right now is so intense. But the rhetoric coming from anti-trans activists and anti-LGBTQ activists—it’s devastating,” Elliot said while explaining his decision to speak with Oprah. He added, “These bills are going to be responsible for the death of children. It is that simple. So [talking to Oprah] felt like an opportunity to use a wide-reaching platform to speak from my heart about some of my experience and the resources I’ve been able to access—whether therapy or surgery—that have allowed me to be alive, to live my life.”

For more context on the bills Elliot was speaking out against, “five states have passed laws or implemented executive orders this year limiting the ability of transgender youths to play sports or receive certain medical treatment,” AP News reported on April 27. Elliot encouraged fans to check out the “National Center for Transgender Equality and Transathlete” websites to learn how to help.

Elliot’s interview with Vanity Fair arrives after he announced “I am trans, my pronouns are he/they and my name is Elliot” in an Instagram post shared in Dec. 2020. Then, in March of 2021, Elliot revealed that he had underwent top surgery (a procedure that removes breast tissue). “It has completely transformed my life,” Elliot told Time for his cover story, telling the magazine how “uncomfortable” he felt in his body before.