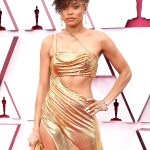 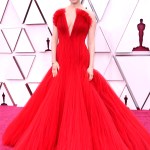 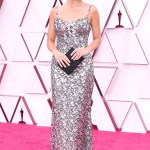 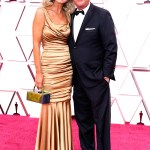 While accepting the Jean Hersholt Humanitarian Award, the filmmaker said he refuses to hate Asians, Mexicans, LGBTQ people, the police and more.

Tyler Perry, 51, gave a rousing speech condemning hate of all forms at the Oscars on April 25. The filmmaker urged people to resist prejudice and find common ground “in the middle,” while accepting the Jean Hersholt Humanitarian Award for his charitable efforts.

Tyler’s powerful words came after he told the story of helping a homeless woman that he met 17 years ago outside a building that he was renting for a production. He said that, while he wanted to give the woman money, she requested shoes. He took her into the building, into the wardrobe department and found a pair that fit. “In the moment I recall her saying to me, ‘I thought you would hate me for asking,’” he told the A-list audience.

It was his mother, Willie Maxine Perry, he said who taught him to “refuse hate.” She taught me to refuse blanket judgement and, in this time, with all of the internet and social media and algorithms and everything… it is my hope that all of us would teach our kids… just refuse hate,” Tyler said.

According to the Academy of Motion Pictures, Arts & Sciences, the Jean Hersholt Humanitarian Award is periodically given to an “individual in the motion picture industry whose humanitarian efforts have brought credit to the industry.”

Tyler’s charitable work and staggering generosity consistently make news headlines. For example, in November 2020 his Thanksgiving food giveaway drew thousands of hungry people in need in Atlanta. As he noted during the video paying tribute to his work, giving back is in his “DNA.” “The most generous person that I knew growing up was clearly my mother,” the filmmaker said.