A-lister Brooke Shields has bared all in celebration of Earth Day! The actress honored the annual occasion, which marks the beginning of the environmental movement in 1970, by posting a shot of herself looking out at the ocean while in the nude. “This Earth Day, I’m joining @NatGeo in sharing one of the places on the planet that matters most to me,” the 55-year-old captioned the pic, which showed her posing with her back to the camera, standing amongst a formation of sticks in shallow waters.

She added, “Celebrate your love for the planet with us by sharing a spot you care about. Fans of the actress would know this post comes just a few months after she broke her femur. The Hannah Montana star gave fans an update on her recovery in March. “I’ve come a long way since this, but the journey is just beginning,” she wrote alongside pics of her bandaged arm, an injury she suffered after falling off a balancing board at the gym.

“It felt like it was all in slow motion. And then I just started screaming,” she previously told PEOPLE. “Sounds came out that I’ve never heard before. The pain was so excruciating.” Since heading home after being hospitalized and undergoing surgery, Brooke has started relearning how to walk. “For the first time in my entire life, I thought, ‘I can’t power through this,’ ” she said. “I can’t even stand on my leg or go up a step.” Nevertheless, the Hollywood mainstay has explained that her career on the silver screen prepared her for challenges. 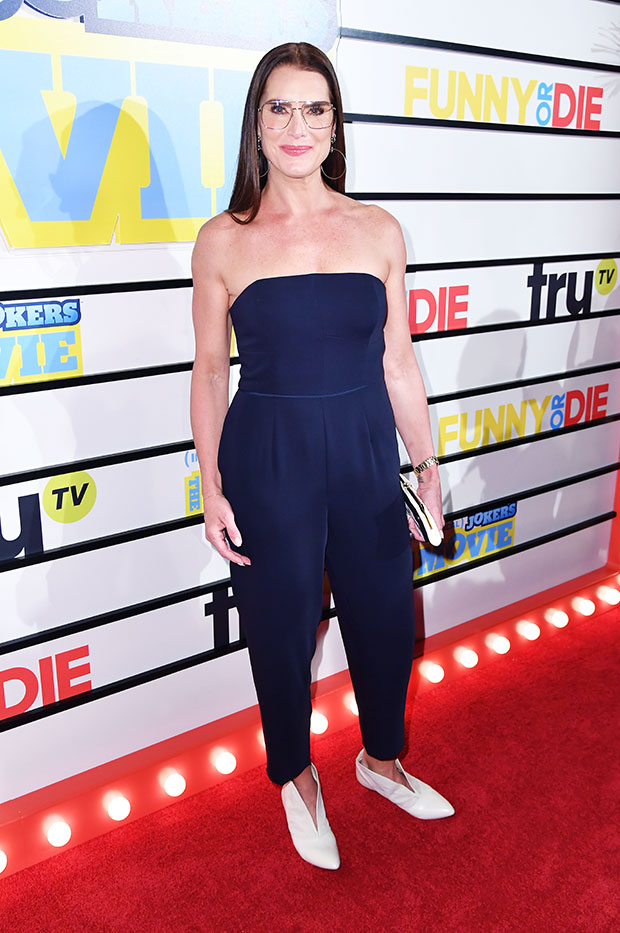 “I’m the only one that’s going to be able to get through this,” she said. “My career has actually been like that as well. One door gets slammed in my face and I search for another.” Along with acting, Brooke has made a name for herself by starring in modeling campaigns, and opened up in 2018 about appearing in a body-positive swimwear bikini campaign. “Growing up under such scrutiny led me to feel insecure about my looks,” Brooke said at the time.

“Feeling disconnected from my own body, it took me years to separate the opinions of others from my own. Over time, I was able to find confidence in myself through my work, my passions, my network of strong female role models and my journey through motherhood. At 52 years old, I finally feel comfortable and proud of the all the hard work I’ve put into my body. I can say that I feel confident being in my own skin, showing my body and not hiding it.”

Related: Lindsay Lohan’s Parents, Dina & Michael: Everything To Know About Her Mom & Dad & Their Relationship Today