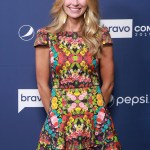 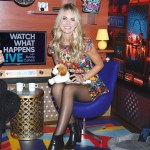 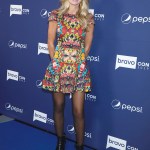 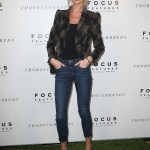 Before she was a Charmer, Cameran Eubanks starred on ‘The Real World: San Diego.’ She revealed to HL EXCLUSIVELY that she would ‘totally’ return if MTV brought back her season.

Cameran Eubanks may be done with Southern Charm, but if The Real World: San Diego gets a revival, she is so in. “I would totally do it because it’s such nostalgia for me,” Cameran told HollywoodLife EXCLUSIVELY during an episode of TVTalk while promoting Moe’s Southern Grill’s Kids Eat Free Program. “I think The Real World for our generation, it was such a moment in our pop culture history. It was so cool to be able to be a part of it, and it was such a positive experience for me. I would go back and do it in a heartbeat.”

The Southern Charm alum revealed she would absolutely live in The Real World house again, too. “Oh, yes. Bye, Jason [her husband]. Bye, Palmer [her daughter]. I would go!” she said. While there hasn’t been any talk of bringing back the fourteenth season of The Real World just yet, Cameran is hoping MTV decides to greenlight it down the road. The first season of the iconic reality series, The Real World: New York, recently reunited for a revival on Paramount+.

Cameran’s season aired in 2004, and she was just 19 when she filmed the show. “When we found out that we got on the show, we didn’t know where we were going,” Cameran told HollywoodLife. “I was crossing my fingers [and saying], ‘What’s the furthest place away from South Carolina?’ And it was California. Sure enough, it was San Diego. So for me, getting to leave my small town and living in San Diego in a mansion by the sea for 6 months, it was like a dream. It was awesome. I learned so much. I really grew up with my roommates and I still love them. We still keep in touch.”

The reality star and author admitted that she recently spoke to her Real World: San Diego cast member Randy Barry “a couple of weeks ago.” She added, “He lives in San Diego now and we were saying, even if they don’t reboot our show, which will probably be awhile away, we would love to get back together and reunite in San Diego once this corona mess is over. I would love to see them again.”

Ten years after The Real World: San Diego, Cameran was cast on the Bravo reality series Southern Charm. She left the series after season 6. Cameran admitted there are parts of reality TV “that I miss and parts that I don’t miss. I miss the people and, believe it or not, the crew, which I became very close with. The people that I was genuine friends with, we still keep in touch to this day.”