Queen Elizabeth II penned a handwritten note in honor of her husband Prince Philip, who sadly passed away at the age of 99. The reigning British monarch, 94, tearfully said her final goodbye to her husband of 73 years at his funeral on April 17, and placed a sweet note on top of his casket. The monarch signed the note with her nickname — Lillibet — which was given to her as a child. As fans of the Royal Family would know, Philip was one of the only people who still called his wife by the sweet, childhood moniker. 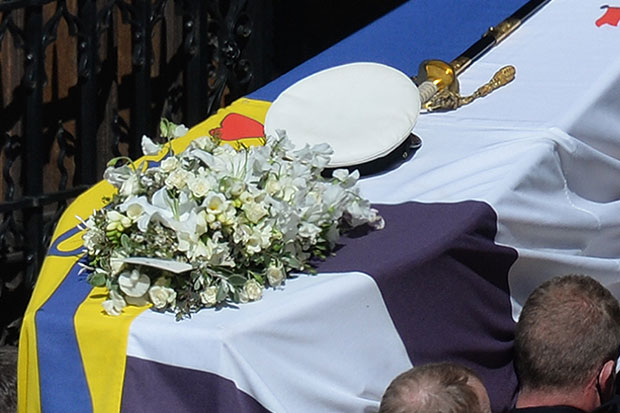 Sadly, the Queen had to sit alone at St. George’s Chapel in Windsor Castle, amid social distancing restrictions. She looked somber, dabbing away tears from her eyes as she arrived, and wearing a black outfit with a brooch, and a matching black hat.

Other attendees included Prince Harry and Prince William, along with their father, Prince Charles. The guest list was limited to 30 people under U.K. government guidelines due to COVID, so most attendees were immediate family members, including his children, and grandchildren. His death comes after a long battle with health problems, including an unspecified heart condition which recently led to him being hospitalized for over two weeks. 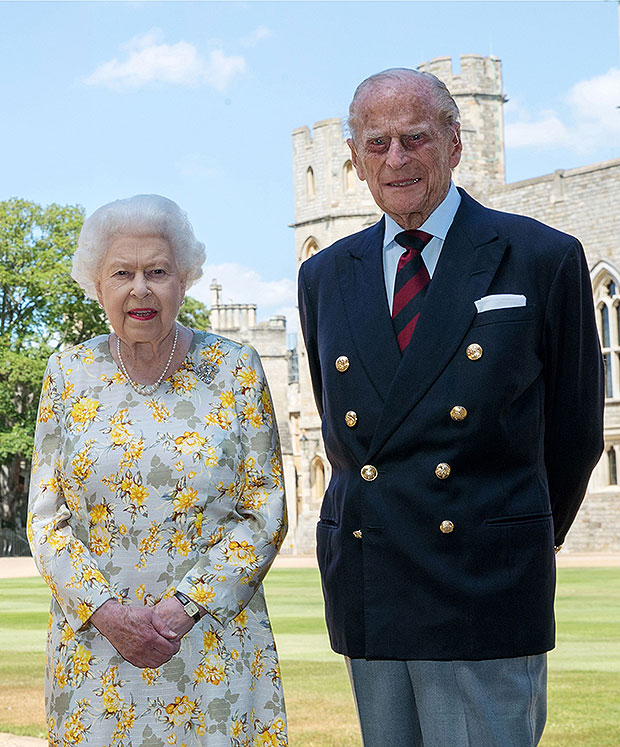 Another family member who penned a note in honor of Philip was Meghan Markle, 39, who was unable to attend the funeral due to health concerns. The Duchess of Sussex watched the service from her home in Santa Barbara, CA while pregnant with her second child, and sent over a wreath and a handwritten note, Vanity Fair reported. The wreath, which was full of a variety of flowers, was laid for the Duke of Edinburgh during the funeral.

The couple specifically requested for the floral arrangement to include eryngium (sea holly), to represent the Royal Marines and Acanthus mollis (Bear’s breeches), which is the national flower of Greece, where Prince Philip’s family hails from. The wreath also included campanula, which is a sign of gratitude and everlasting love, lavender for devotion, rosemary for remembrance, and roses in honor the late Prince’s birth month, June. The card that came with the wreath was handwritten by Meghan.