Things are about to get real between Scott Disick and Kourtney Kardashian. In the new preview for the next episode of Keeping Up With The Kardashians, Scott makes a family dinner slightly awkward for Kourt when he bursts out, “is there anybody that thinks we shouldn’t get married?” While the exes remain close friends and co-parents of their three children, Kourtney has always taken getting back together off the table.

But that’s definitely not how her sisters feel. “That would be EPIC!” Kim Kardashian exclaims after Scott posed his question. Khloe Kardashian responded by chanting “Marriage! Marriage! Marriage!” So it’s safe to say that the ladies are convinced that their sister and her ex are endgame. “I’m feeling ambushed right now,” Kourt admits in a KUWTK confessional.

Things get more intense when Scott and Kourtney have a one-on-one in private. “Either we figure out creating our own lives together, or separately,” Scott tells Kourtney, who again admits that she’s being “pressured.” Scott shouts “I LOVE YOU!” before the preview abruptly ends. The context of their conversation is unclear from the very short promo. Was Scott professing his love romantically?

This isn’t the first time during the season that the nature of Scott and Kourtney’s relationship has come into question. The two had an accidental “date night” during the April 1 episode when they both coincidentally showed up at the family’s Malibu beach house for some alone time. They wound up watching a movie together, having a chat about sex, and then falling asleep on the couch. 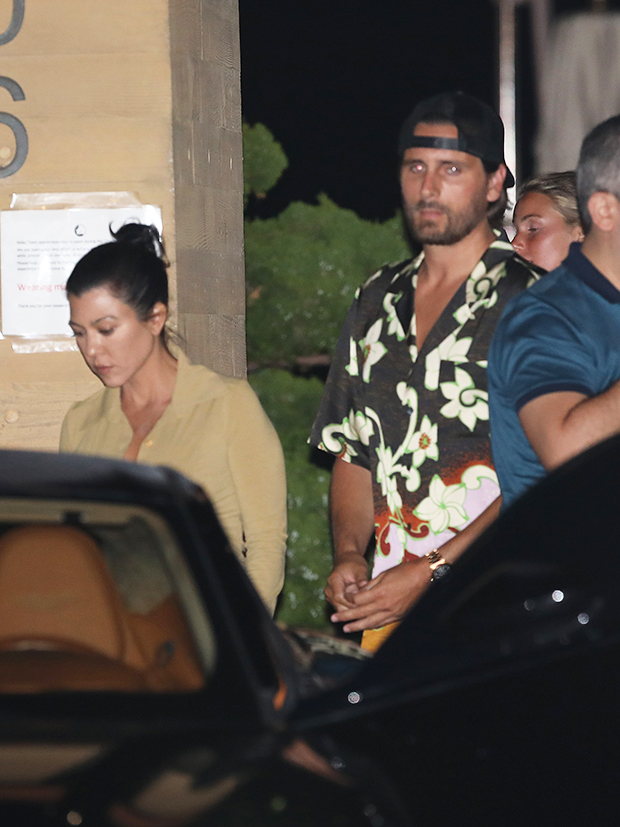 Kim caught them and immediately told the sisters. Kendall Jenner really wants them to “try” hooking up again. “I am team Skourt,” Kendall professed. “I think she’ll literally kill me for saying anything. I’ve known their relationship pretty much from the beginning and you can just tell how much they loved each other. What can I say? It’s my truth.”

While Kourtney and Scott have both said they love each other in the past, it’s as family. They were together for nine years, and though they split in 2015, he’s still like one of the Kardashians. As of now, Scott is in a relationship with model Amelia Hamlin. Kourtney is dating Blink-182 drummer Travis Barker.

Keeping Up With The Kardashians airs Thursdays at 8:00pm ET on E!