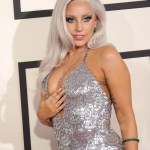 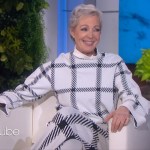 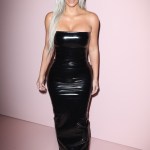 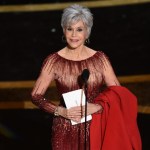 ‘Mom’ star Allison Janney has opened up about how the producers behind the TV show reacted to her silver hair makeover.

Allison Janney, 61, is embracing her natural, grey hair and loving the new look! However, the producers of her hit show Mom took some convincing when it came to her silver-hued tresses. The Oscar winner sat down with Jimmy Fallon on the April 14 episode of The Tonight Show, to discuss her long-running CBS sitcom coming to an end after eight seasons. When asked if she pocketed any props to take home as souvenirs, Allison explained that nobody knew she was wearing a wig with extensions throughout the run of the show.

“It’s funny because no one knew I was wearing a wig,” she began. “I come in for this season of Mom, and the producers see me like this, and they’re like, ‘What have you done? How are we gonna do … You should have asked us before you did this to your hair!'” The West Wing star continued, “I’m like, ‘Guys, I’ve been wearing a wig since season one, but nobody knew it. Everybody in the world knows it now. So, that wig is coming with me, and a few pairs of sweatpants because my character Bonnie loved to be comfortable, as does Allison Janney. So I took a lot of sweatpants.”

The acclaimed actress also opened up during an appearance on The Drew Barrymore Show about how she’s feeling after embracing her natural locks. “I cannot tell you how amazing it is to feel free. Free from hair color and hair extensions and hair tape and blah blah blah,” she told Drew Barrymore, 46, after the fellow actress and talk show host complimented her. She went to explain how great it is “to be able to run my hands through my hair,” while adding, ‘Hopefully sometime a man will be able to run his hands through my hair and just appreciate it.”

She first debuted her short blonde/greyish bob in an Instagram post shared by her hair stylist Jill Crosby. She posed while offering the camera a slight smile.“#newlook #covid19 #conversion #greyhair #haircolor Guys … I had so much fun color my muses hair. She endured a total of 10 hours for this transformation ! No an easy task , but man #worthit #2020transformation #lovetothefans #makeup,” the caption for the post read. We’re obsessed!