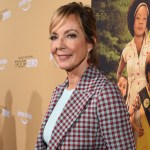 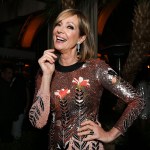 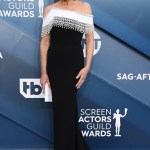 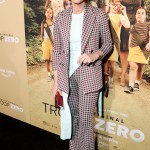 Allison Janney’s new hair color is such a dramatic change, it took ’10 hours’ to complete!

Allison Janey, 60, joined the blonde club. The actress, known for playing iconic moms on the sitcom Mom and film I, Tonya, made the jump to a short silver-blonde bob that just barely grazes her neck. Celebrity hair stylist Jill Crosby revealed Allison’s new ‘do in an Instagram post on July 24, revealing that the dramatic “transformation” took a whopping 10 hours. However, the actress’s signature side fringe stayed in tact!

#newlook #covid19 #conversion #greyhair #haircolor Guys … I had so much fun color my muses hair. She endured a total of 10 hours for this transformation ! No an easy task , but man #worthit #2020transformation #lovetothefans #makeup @sergiowastaken

Allison also revealed her new hair color in giggly behind-the-scenes footage of herself, which she shared to Instagram on July 29. Her Mom co-star Jaime Pressly loved her “laugh,” while other fans raved over Allison’s beauty makeover. “I am seriously in love with your hair!!!!,” one fan account commented, and another person wrote, “The hair and the laugh. What a combo.”

Allison was already rocking short hair, although it was a tad longer (as you can see in the photo below, which was taken at the Cadillac Oscar Celebration on Feb. 6). Her mane also used to be a highlighted bronde, which was the same color she sported when HollywoodLife caught up with the Oscar-winning actress for an EXCLUSIVE interview at the Troop Zero press junket in Jan. 2020.

During the sit-down interview, Allison discussed her new Amazon Prime Video movie Troop Zero, which was released on Jan. 17. She was able to reunite with a number of her former co-stars for the film, including McKenna Grace (who played the younger version of Tonya on I, Tonya) and Viola Davis (who co-starred alongside Allison on The Help).

“Even though Viola and I never got to do anything together in The Help, I have still been around her a lot and love and adore her, so it was great to finally get to look at her on camera and she’s just electrifying,” Allison EXCLUSIVELY told HollywoodLife. “She’s really an extraordinarily powerful actress, who when she acted with me she filled me up right away. It was like a roller coaster ride with her. It was great.” You can read the rest of Allison’s interview, here!