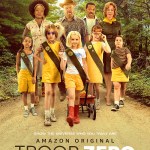 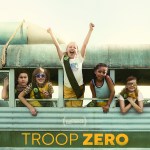 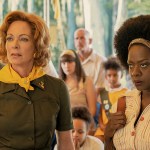 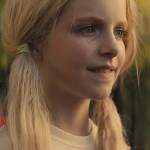 Allison Janney stars in the new film ‘Troop Zero’ and spoke EXCLUSIVELY with HL about working with a younger cast, finally sharing scenes with Viola Davis, and more.

Troop Zero was a big reunion for Allison Janney. The Mom star and Oscar winner got the chance to reunite with a number of actors she’s worked with before, including Mckenna Grace and Jim Gaffigan. Allison starred in the 2011 movie The Help alongside Viola Davis but they never got to share the screen together in the film. That changes with Troop Zero, which will be available Jan. 17 on Amazon Prime Video. HollywoodLife sat down with Allison, who plays Miss Massey, to talk about working alongside Viola and more.

“Even though Viola nad I never got to do anything together in The Help, I have still been around her a lot and love and adore her, so it was great to finally get to look at her on camera and she’s just electrifying,” Allison told HollywoodLife at the Troop Zero press junket on Jan. 13. “She’s really an extraordinarily powerful actress, who when she acted with me she filled me up right away. It was like a roller coaster ride with her. It was great.”

The film follows a group of misfits, led by the spunky Christmas Flint, who team up to infiltrate the Birdie Scouts youth group to try and win a talent competition. Mckenna Grace stars as Christmas and she played the younger version of figure skater Tonya Harding with Allison in I, Tonya. Allison discussed Mckenna being a “leader” for her younger castmates and setting a “great example” for them. “It was wonderful to watch her do that and sort of form the friendship she did with all the young girls in Troop Zero,” Allison continued. “I just am always impressed with how accessible she is as an actress. She’s right there and listens.” Jim Gaffigan, who plays Ramsey Flint, was Allison’s co-star in the 2009 movie Away We Go.

Even though Miss Massey seems to have it out for Christmas, Allison revealed that her character wants to “protect” Christmas from the world. “I think Miss Massey has a soft spot in her heart for Christmas,” Allison said. “I think she thinks she’s trying to protect her and sees her as someone who is not going to be able to get what she wants because I think Miss Massey probably didn’t get what she wanted out of life and she sees herself in Christmas and is trying to protect her from getting hurt even though it’s misguided.”