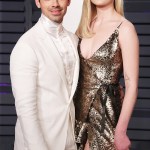 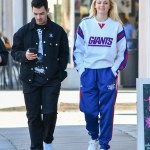 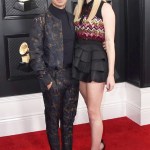 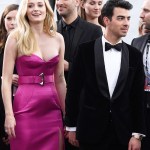 ‘Mr. Perfectly Fine’ could be about her husband, but Sophie Turner is loving Taylor Swift’s new ‘bop’ right now!

UPDATE, 4/7/21, 12:32pm ET: Well would you look at that! There’s nothing but love between Taylor Swift and Sophie Turner. After Sophie posted on Instagram that she was listening to “Mr. Perfectly Fine” and called it a “bop,” Taylor responded. The singer reposted Sophie’s message to her own Instagram Story and added “forever bending the knee for the queen of the north.”

TAYLOR REPLIED TO SOPHIE I LOVE THEM pic.twitter.com/2dEQciboGv

ORIGINAL: Sophie Turner is jamming out to her husband’s ex-girlfriend! Hours after fans started speculating that Taylor Swift‘s “Mr. Perfectly Fine” could be about Joe Jonas, Sophie took to her Instagram Stories to share that she was totally into the track. “It’s not NOT a bop,” she wrote, tagging Taylor in the post.

We’re just two days away from the release of Fearless (Taylor’s Version), and Taylor shared yet another incredible “vault” song that didn’t make the album’s original cut. “Mr. Perfectly Fine” is from the perspective of a girl who sees her ex-boyfriend moving on from their breakup with ease. Meanwhile, she’s still heartbroken about their split. Upon releasing the track on April 7, Taylor shared that it is, in fact, based on a true story.

📲 | “Its not NOT a bop” – Sophie (Jonas) Turner listening to #MrPerfectlyFine via Instagram Stories pic.twitter.com/odd6PDhNa2

“Me in 2020: Life is chill, writing songs based in fiction to avoid drama, feeling pretty grown up,” Taylor wrote, referring to Folklore and Evermore. “My 2008 music from the vault, in a goblin voice: REELEEEEEEEASE MR. PERFECTLY FIIIIIIIIINE.” Cue fans immediately going back through Taylor’s romantic history in the recesses of their minds.

Guess who Taylor was dating right before Fearless dropped? Joe Jonas, of course. Fans are convinced that the unreleased track is about the Jonas Brothers singer, especially considering that a song about their breakup did make the original album: “Forever & Always.” Legend has it that Taylor wrote the song and added it to Fearless last minute. There are some definite similarities between their split and the new song.

Shortly after their breakup, Joe began dating Camilla Belle: ““Cause I hear he’s got his arm around a brand new girl, I’ve been picking up my heart, he’s been picking up her.” She also sings about running into her ex at an awards show — and they both attended the 2008 American Music Awards.

It’s unclear if the Dark Phoenix star has actually heard the Twitter speculation from Swifties, or if she’s just loving “Mr. Perfectly Fine.” After all, Taylor and Joe are all good now! She may have even sent Joe and Sophie a baby gift when they welcomed daughter Willa in July 2020. Sophie’s a huge Taylor fan, as well. Never forget her jamming out to ‘Me!’ at the 2019 Billboard Music Awards!