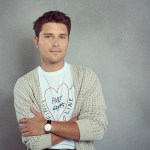 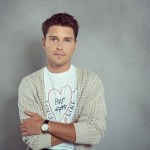 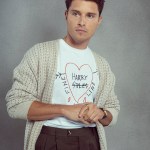 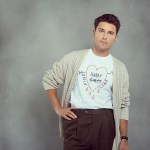 Ronen Rubinstein gave an in-depth interview about playing a gay man on ‘9-1-1: Lone Star’ and revealed it ‘feels so good’ to confirm he ‘fully’ identifies ‘as bisexual.’

Ronen Rubinstein, 27, is ready to reveal that he’s bisexual to the world and playing a gay role on 9-1-1: Lone Star is what has helped him. The talented actor sat down at his home for an in-depth interview with Variety on Zoom and talked about his challenges with accepting his bisexuality as well as the anxiousness he felt with his family seeing his portrayal of Rob Lowe‘s gay son, T.K. Strand, on the Ryan Murphy-produced series.

He also called his awakening a “journey” that has helped his work as an actor. “The biggest thing for me is where I come from, it’s like people like me and people who have identified as bisexual or gay or as any part of the community, you’re just not welcomed,” he explained. “It’s as brutally honest as that. It’s either you faced insane amounts of profanity, like the F-word was thrown around all the time or you would get your ass kicked if you were gay.”

“So there was definitely a fear of sort of embracing how I felt,” he continued. “I was definitely more aware of it in high school. I was aware of my feelings and how I started looking at men, but I couldn’t talk to anybody about it.”

When Ronen started playing the role of T.K. and began appearing in scenes with the character’s boyfriend, Carlos Reyes, who is played by openly gay actor Rafael L. Silvia, including “a huge make-out scene”, fans soon dubbed the couple “Tarlos” and were quick to show their support. It became another reason why he felt comfortable with coming out. “The fans, especially the Tarlos fans, it’s one of the biggest reasons that I finally felt safe and comfortable to talk about it and to finally embrace it and be happy about it,” he said.

“Carlos and I have a huge make-out scene where we, like, burst through the door, and we’re ripping our clothes off,” he further explained about the role when talking about how he felt about his family and friends seeing the intense storyline. “It’s super hot and it just goes on. It just doesn’t stop. We’re, like, crashing against the walls, and then we end up on the couch.”

Luckily none of that mattered since the TV couple became a hit and it turns out Ronen has even turned to his girlfriend, Jessica Parker Kennedy, 36, for support, and revealed that she’s one of the first people who talked to him about his bisexuality. “She’s actually one of the first people that sort of respectfully called me out on it,” he said. “She’s like, ‘Is there something we need to talk about?’ And I said, ‘Maybe.’ I didn’t know how that conversation would go. And it went probably as good as it can go. She definitely encouraged me to be vocal about it,  just to live my truth. She’s like, ‘I love you for who you are, your full self and people will love you for who you are and your full self.’”

As far as whether or not their relationship has changed since his coming out, Ronen says it hasn’t but that hasn’t stopped Jessica from getting cheeky about it. “She just sometimes jokes, ‘Just don’t leave me for Harry Styles,’” he said.