Amelia Hamlin has rocked another gorgeous bikini. The 19-year-old daughter of The Real Housewives of Beverly Hills star Lisa Rinna stunned in a black string two piece in a series of snaps, which she shared on April 1. “island meelz,” she captioned the carousel post, adding a white shell emoji. The model, who has been dating Scott Disick, posed in front of a towering palm tree in the swimsuit, while also rocking layered gold necklaces and gold hoop earrings by Arms of Eve.

She specifically wore the Australian brand’s “Matteo” 18K Gold Necklace ($149) featuring a vintage design, the “Valerie” gold and Ppearl Necklace ($100), and the “Peppa” choker Necklace ($69). She showed off her toned physique in the halterneck-style top and high-cut bottoms as she posed on the golden sands in another pic.

Her long brunette tresses were styled in natural waves in a half up half down ‘do, as she upped her accessory game with gold bracelets and rings, which were visible in the beach photos. It comes just one day after the teenager revealed she’d gotten burnt while soaking up the March sunshine. “uh oh,” she captioned a carousel post, which showed her rocking a blue and purple tie-dye string bikini, with bright red tan lines on her chest. The brunette beauty also wore matching bottoms and a sheer, white cover up, along with a pair of black slides. She’s certainly a fashionista!

Fans of the model would know she’s reportedly head over heels for her new beau, who shares three children with reality star Kourtney Kardashian. A source close to the pair recently told HollywoodLife that Scott was having a “great time” with Amelia and wasn’t “bothered” by the backlash over their considerable age gap. “Scott isn’t bothered by the backlash to their relationship, he really couldn’t care less what people think,” a source close to the reality star told HL exclusively. 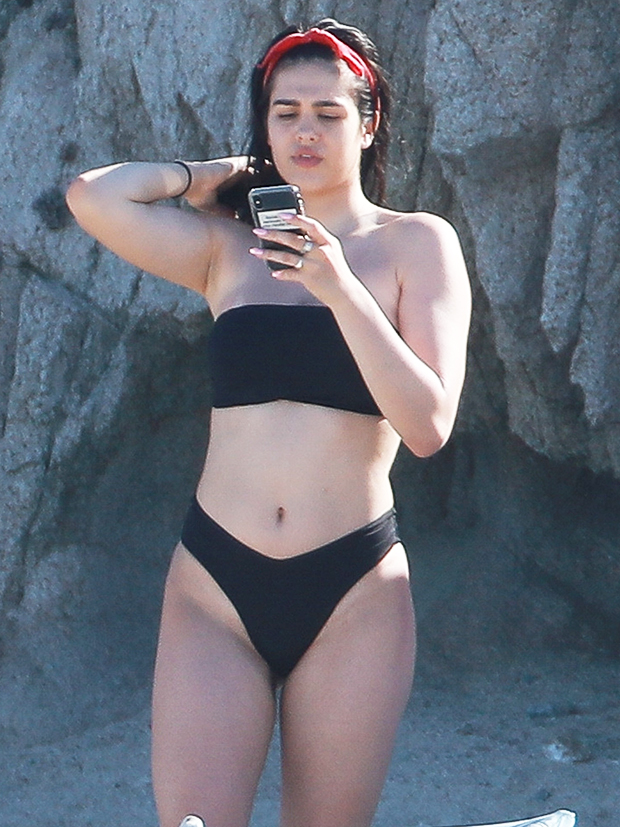 The insider continued, “All that matters to him is what his inner circle thinks. His friends and loved ones are fine with it and his kids really like Amelia so that’s what counts to him. The rest of it is just noise. He’s been having a great time with Amelia, he really likes her, and the relationship is the real deal. It has nothing to do with trying to get attention, that’s not something Scott would do, he doesn’t live his life that way. As far as he is concerned the haters are going to find a way to hate no matter what he does so he’s living his life and not thinking about what outsiders have to say.”

Related: Michelle Williams’ Kids: Everything To Know About Her Daughter & 2 Kids With Thomas Kail