We’ll have what Melissa Gorga‘s having! The Real Housewives of New Jersey star, 41, showed off her incredible figure in a bright pink one-piece on Wednesday night ahead of the show’s latest episode. Melissa shared a pair of mirror selfies to Instagram, that showed the mother-of-three modeling a sexy swimsuit (that we’re declaring is a must-have for summer). Sadly, the Bravo star didn’t tag fashion credits in her post.

“When the vultures come for you. You show them who’s boss,” Melissa wrote in her caption, adding the hashtag, “#girlbye”. The latter was likely in reference to Teresa Guidice‘s realtor, Michelle Pais, who Melissa confronted during the March 17 episode — after Jennifer Aydin told her that Michelle was spreading a rumor about Joe Gorga and his business dealings.

Melissa’s new photos were actually snapped over the summer while the cast filmed the latest season of RHONJ. She wore the bright swimsuit during Wednesday’s episode, which included scenes from Teresa’s pool party at her Montville Township, NJ mansion. The home — in which Teresa and ex-husband Joe Giudice raised their four daughters — is currently on the market following the couple’s divorce, which was finalized in September of 2020. 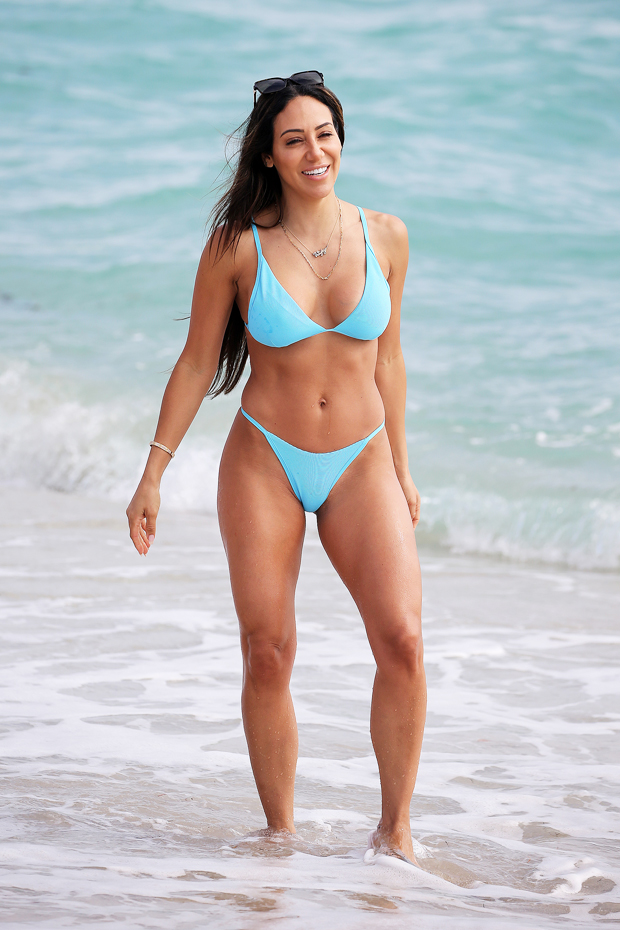 Melissa Gorga looks amazing in a bright blue bikini as she hits the beach with husband Joe Gorga and family in Miami on February 17, 2021. (Photo credit: MEGA)

It’s no secret that Melissa’s in the best shape of her life — and, her fellow Housewives know it. RHONJ stars Margaret Josephs and Dolores Catania left fire flame emojis in the comments, while the pigtail queen also shared, “Oooooh hot stufff!!!”

The Real Housewives of New Jersey airs Wednesdays at 9pm on Bravo. Be sure to check back at HollywoodLife for weekly recaps.