Selena Gomez has put the dating speculation to rest. Despite rumors that the former Disney Channel actress was romantically involved with her co-star Aaron Dominguez, Selena has confirmed yet again that she’s single. When asked about it by the Los Angeles Times in a new interview, Selena offered a candid reflection on how the intense media attention and scrutiny of her love life has made it practically impossible to date.“We had just started working together. I honestly thought, ‘No wonder guys don’t want to date me!’ I think people only care because I’m young,” she theorized. 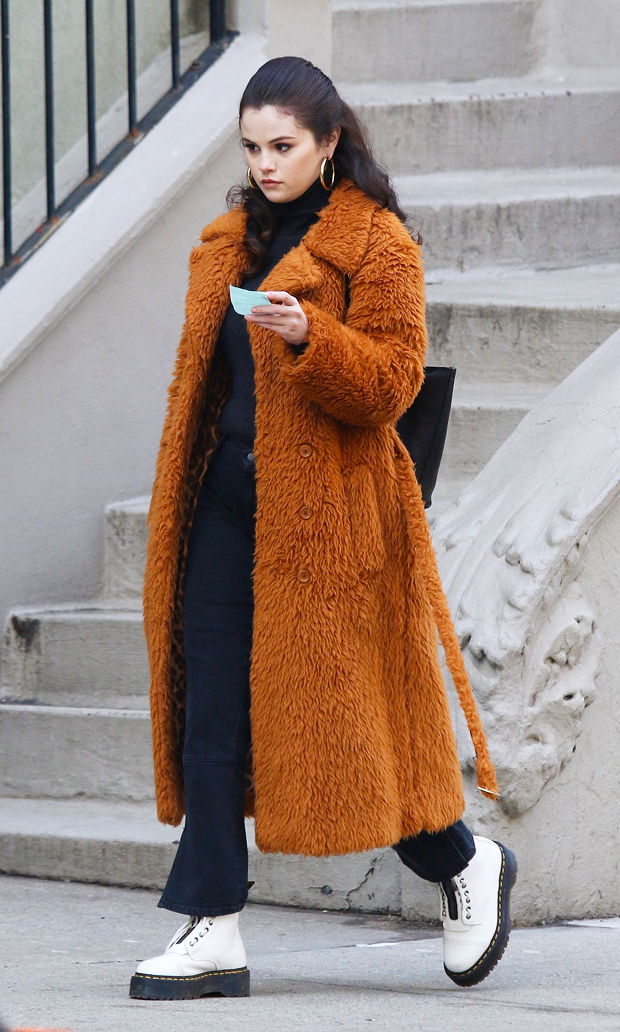 “And the older I get the less they’ll care,” Selena continued. “For now it’s a part of the job that I don’t really like. I’m actually grateful that I’m not involved with anyone right now.” She also opened up about a photo which surfaced of her flipping off a paparazzo while filming the upcoming Hulu series Only Murders in the Building, with Aaron. “Somebody was being disrespectful,” she explained.

“And I don’t do well with that. Look, I am a very modest person, until you disrespect people. Maybe [it wasn’t] my best moment, but a girl’s gotta do what a girl’s gotta do. And I felt very okay with being like…‘Don’t talk to people that way!’” Selena and Aaron play love interests in the upcoming series, and PDA photos of the pair in character practically broke the internet. Nevertheless, Selena confirmed her and Aaron are just pals, and even gave fans an idea of what to expect from the show, during an Instagram Live session in February. “The show is actually really fun,” she said.

“It’s kind of a dramedy, so there’s moments that are real and then there are other moments that are complete chaos and hilarious. I’m working with Steve Martin and Martin Short and if you don’t know their work, by the way, they’re pretty amazing people to be around.” Aaron previously clapped back at trolls, after Selena’s stans tried to come for him. He took to his Instagram Story on February 25, re-sharing some rude DM’s he had received from users, including one who called him “ugly”. The internet troll also told him to “stay the f**k away from Selena” and that “she deserves better”, to which he simply wrote “LOL”.