Machine Gun Kelly opted for a very unique hairstyle when he stepped out for dinner with Megan Fox. The rocker pulled his pink hair back into three pigtails, which stood tall on the top of his head. He also rocked a see-through raincoat with PVC leather detailing and a grey hood. He also donned black denim pants, leather boots and layered chain necklaces. Meanwhile, Megan cut a very chic figure for the night out at BOA Steakhouse in West Hollywood. The 34-year-old rocked a black crop top, which she wore underneath a black studded trench coat. 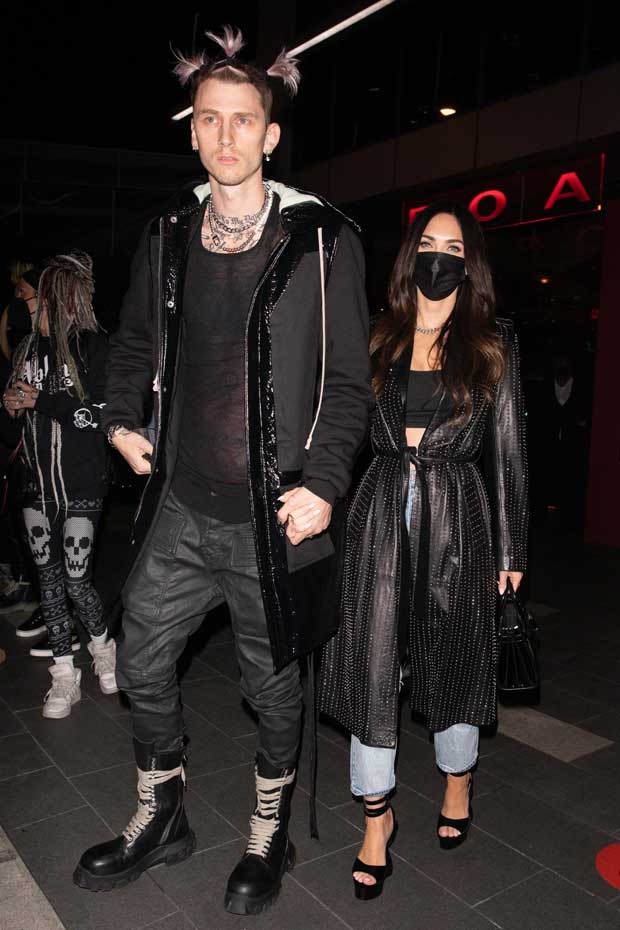 She paired the jacket with distressed denim jeans and a pair of towering black platform heels. The pair both wore black protective face masks, as they were seemingly joined for dinner by another new couple — MGK‘s pals Avril Lavigne, 36, and Mod Sun, 33. The rappers have been longtime friends, and Mod Sun stepped out with an equally wacky hairstyle: a green mohawk.

It comes just days after an insider told HollywoodLife EXCLUSIVELY that MGK and Megan “met a year ago this month,” meaning they were experiencing “somewhat of an anniversary.” Though the sweet couple didn’t start dating until May 2020, shortly before Megan’s split from ex-husband Brian Austin Green, the couple met in March while working on the movie, Midnight in the Switchgrass. 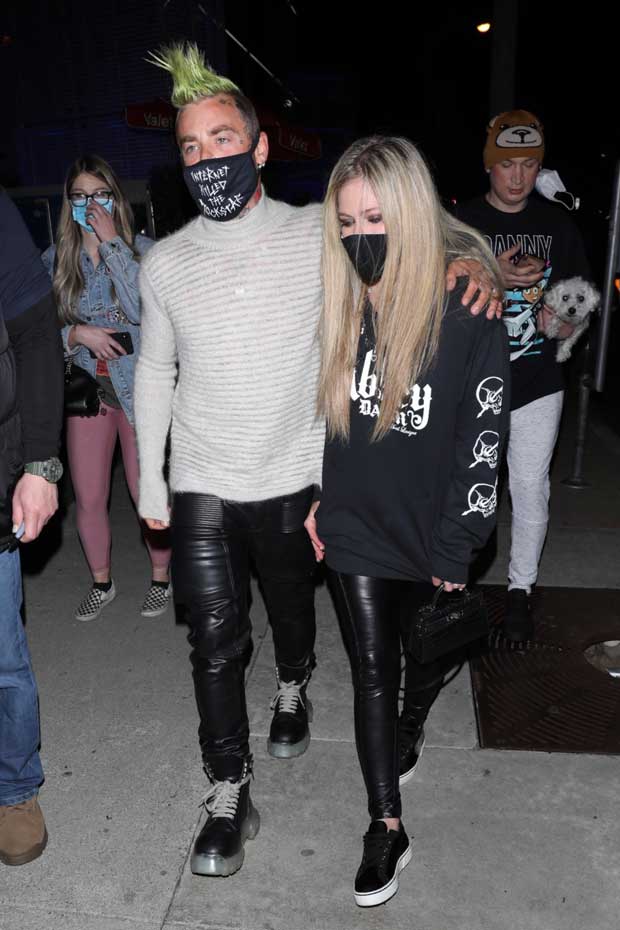 “It’s special, and they’re more in love than ever,” the source told HollywoodLife. “They’re hardly ever apart. He wants her with him all the time. She even went to Georgia with him last month when he was shooting [the] movie [One Way] to be supportive. He’s so much more balanced and so much happier when she’s around, so having her there was a big help for him. She has blended so well into his life. His friends love her. She gets along great with his daughter [Casie Baker]. Even though things between them moved really fast, this isn’t a case of something that is just lust. They have a deep emotional connection. It’s real love.”