There’s going to be a strong family resemblance between King Akeem of Zamunda and his daughter Omma in the upcoming Coming 2 America. Eddie Murphy‘s character is now a parent in the sequel to the 1988 rom-com that’s been 33 years in the making. His very own daughter Bella Murphy, 19, is portraying Omma onscreen, but she didn’t get handed the part just because her father is Hollywood royalty. She had to earn it with an audition!

“She had to audition for Craig Brewer, who directed the movie,” Eddie told Good Morning America in an interview that aired on Feb. 25. “I wasn’t musclin’ my kid into the movie. She had to really be able to — you know, to deliver. Otherwise, she wouldn’t have gotten the role.” 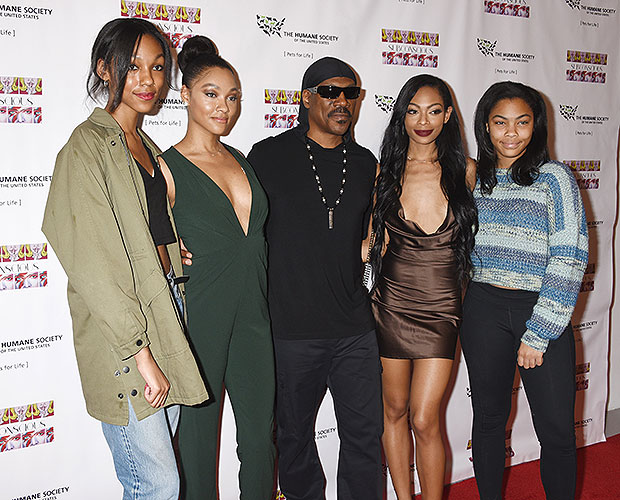 Eddie Murphy with four of his daughters. Bella can be seen on the far right. Photo credit: MEGA.

Bella  — whose mother is Eddie’s ex-wife Nicole Mitchell (formerly Murphy) — said she wanted to make her dad proud. “I just wanted to be good. I didn’t want people to watch it and be like, ‘Oh, that must be his daughter ‘cause she can’t keep up with everyone else.’ You know what I mean?”

“I just really wanted to do the best that I could,” she added. “And I’m really proud with how it turned out.” This is Bella’s first major acting credit, so hopefully she’ll be able to land more roles after showing her talent in Coming 2 America. 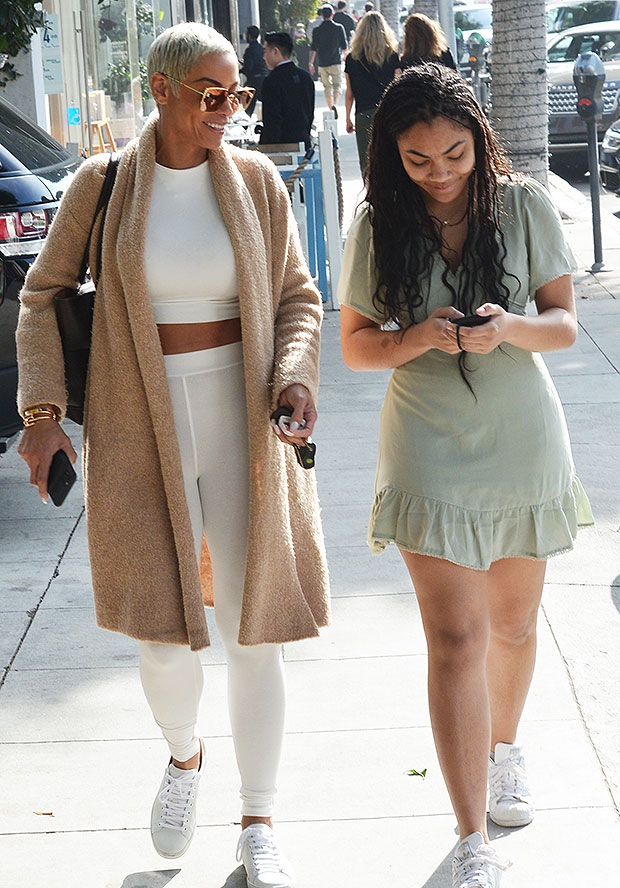 Nicole, 53, gushed about Bella’s acting dreams during a Sept. 2019 stop by the Wendy Williams Show. “My youngest daughter, Bella, is in Coming To America 2,” Nicole beamed. “She had to audition. It wasn’t like, ‘Daddy, give me the role.’ She had to actually get out there.” Nicole added, “I am so excited for her. Just to see her going to acting classes and all that [stuff]. She’s serious about it.” That hard work has paid off, as Bella has a very high profile project as her first acting credit. Coming 2 America drops on Amazon Prime on March 5.