Cynthia Bailey‘s bachelorette entourage — including the bride-to-be — are in for a major surprise as their party bus pulls up to the house hosting the bachelorette party in the Feb. 14 episode of The Real Housewives of Atlanta. Of course, we’re talking about Michael Bolwaire, the stripper at the center of the “strippergate” scandal. “The package has arrived,” DonJuan, who is BFFs with Kandi Burruss, mischievously texts the Bravo star as rides the bus with her co-stars in the EXCLUSIVE sneak peek that HollywoodLife obtained of Sunday’s episode.

“We’re gonna play a game,” Kandi cryptically announces in the bus after the text exchange. “Everybody go to your room, put your pajamas on, and then come right back out. And we’re going to do what we didn’t get to do yesterday.” If you’re wondering why Kandi seems to be the only person in on this surprise, that’s because she hired the dancer, which a source EXCLUSIVELY told HollywoodLife this past fall.

The preview then shows the ladies arriving at the South Carolina Beach House they’ve been staying at amid the cast’s girls trip. While they follow Kandi’s instructions, the clip cuts to someone RHOA fans have been eagerly awaiting to make his on-screen debut: Michael, AKA, B.O.L.O THE ENTERTAINER! The handsome stripper patiently waits in a glass box in a luxurious Chanel outfit, and the clip cuts to a confessional of Kandi saying in a conspiratorial tone, “Cynthia has no idea what she’s in for tonight…Welcome to the dungeon, ladies!” You can watch the full preview above. 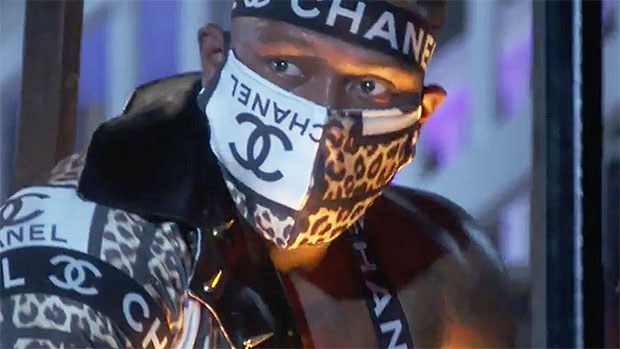 Fans have been waiting for this episode ever since a report claimed that Cynthia’s bachelorette festivities “took a wild turn,” and a hookup allegedly ensued between the stripper and two RHOA stars, which Page Six reported in Oct. 2020. However, Michael (the stripper) called the allegations “straight bulls–t” and insisted that “nothing happened” after the party.

Likewise, multiple RHOA stars — Kenya Moore, Marlo Hampton, LaToya Ali and Falynn Guobadia and Falynn Guobadia — denied their involvement in this alleged frisky business on social media (the report also stated Cynthia wasn’t a part of anything). It looks like we’ll have to wait and see how events will actually play out this Sunday.

TUNE IN: The Real Housewives of Atlanta airs Sundays at 8pm ET/PT on Bravo.