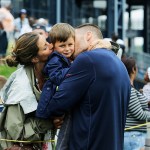 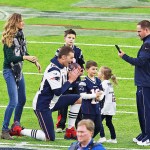 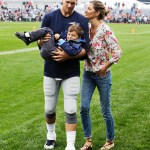 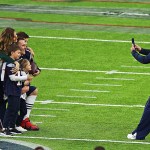 Tom Brady payed a visit to the set of ‘Jimmy Kimmel Live!’ where he read mean tweets about himself just days before his Super Bowl LV! Check out the hilarious clip!

If Tom Brady was looking for a way to stay grounded before his 10th Super Bowl appearance on February 7, then Jimmy Kimmel‘s famous “Mean Tweets” sketch certainly did the trick! Tom made an appearance on the February 4 episode of Jimmy Kimmel Live! where the celebrated Tampa Bay Buccaneers quarterback read some unsavory jokes and insults about himself, courtesy of Twitter. Tom found a lot of humor in some of the tweets, starting with the first which read, “Tom Brady seems like the kind of man who doesn’t know how to use a wrench.”

The football star, 43, chuckled to himself before admitting, “That’s kinda true.” Some of the tweets got a bit graphic, with one person writing, “Can we be real for a moment? Is there really anyone you’d rather see dropped in a vat of rendered bacon fat than Tom Brady?” Tom maintained shi good humor the entire time, but then the tweets got personal.

“F— you Tom Brady I hope this loss depresses you so bad that you can hardly have sex with your supermodel wife in your giant mansion,” the tweet in question read, referencing Tom’s stunning wife of more than 10 years Gisele Bündchen. Tom, however, had the best reaction to the tweet. The football player simply made a motion that his lips were totally sealed when it came to personal matters with his wife. “I have no comment to that,” he uttered to the camera.

Surprisingly, there was one tweet that Tom thought went way too far. “F— you Tom Brady I hope your dog eats chocolate and gets really sick and throws up on your socks,” the tweet read. Tom couldn’t believe what he’d just read, and although he maintained his good humor, he admitted that the tweet was totally “f—ed up!”

The hilarious video comes roughly two days before Tom takes the field at the Raymond James Stadium in Tampa, FL., for his 10th Super Bowl appearance. Tom will lead the Tampa Bay Buccaneers against Patrick Mahomes and last year’s champions the Kansas City Chiefs for the NFL Championship, Super Bowl LV, which will also feature a string of thrilling performances from Miley Cyrus on the TikTok pregame show and The Weeknd‘s headline halftime show concert. Tom has already won six Super Bowl trophies, all of which were with the New England Patriots. Fans cannot wait to see if Tom makes history this Sunday!