Though Shaggy first broke through in the early 1990s with hits like “Oh Carolina” and “Boombastic,” he wouldn’t cross over into the mainstream until 2000’s “It Wasn’t Me,” a collab with Rikrok that has become one of Shaggy’s trademark tracks. Twenty years after its first release, the song continues to resonate with audiences, and it’ll be featured in Cheetos’ commercial for Super Bowl LV. “I think that the reason why it resonates with someone it’s so relatable,” Shaggy tells HollywoodLife in an EXCLUSIVE interview about the spot. “It’s relatable on many levels, whether you’re young, old, straight, gay, black, white — we’ve all been through that situation at some point in our life.”

“I mean, it’s, it’s the oldest story, you know, it’s infidelity,” he tells HollywoodLife with a laugh. “What we did that made it so appealing to everyone is, we put a comedic spin on it. And, throw it in a catchy song with beautiful melodies and a catchy hook. It’s the perfect recipe for something to stay around and become a classic over the years. You know, we did this song 20 years ago, and it brought me in an amazing ride. And here I am 20 years afterward, and it’s taken me on another amazing ride.” 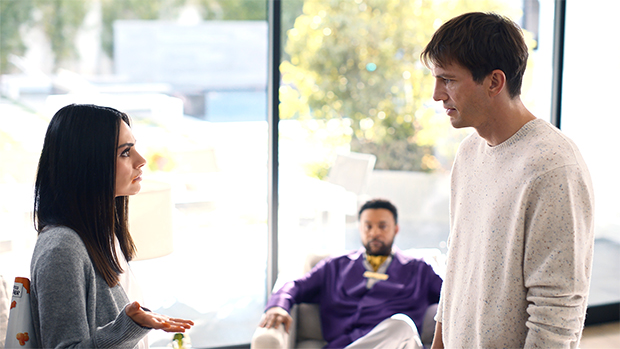 The “new ride” Shaggy speaks about is starring opposite Ashton Kutcher and Mila Kunis in a commercial that will be viewed by millions on Feb. 7. In Cheetos’ spot for the big game, Shaggy advises Mila after Ashton catches her with his Cheetos Crunch Pop Mix bag. At first, the commercial’s producers just wanted Shaggy’s song. “And I was like, ‘Okay, cool. It’s a great look,’” he says. “Then they called and said, ‘Well, we want you in the commercial.’ Um, I thought, ‘Okay, this is nice. This is interesting.’ And then it was like, okay, it’s Ashton Kutcher and Mila Kunis and like, ‘Oh, wow. It gets better.’ And then it was like, ‘Ah, it’s also Super Bowl.’ Oh, it really gets better! Yeah, so it’s an amazing opportunity.”

“You know, Ashton and Mila are the poster child, of ‘marry your best friend,’” Shaggy tells HollywoodLife when reflecting on his time working with them. “They get along so well. They bounce off each other. And then you realize, they’ve been doing it for years on That ‘70s Show. That’s why that was such a success. And it brought that same sauce to this commercial. All I did — they just looped me into the mix of it. This is their, their lane, of course, and I just sat there, and I was a sponge.” 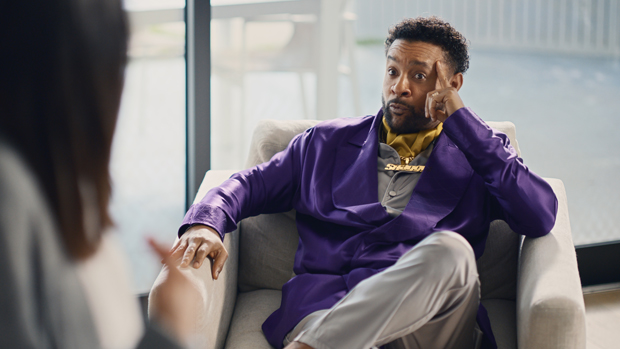 “I just took cues from them,” he adds. “I was trying to adapt to their timing and be as funny as possible and do as much improv as you can — so we could get as much of it on camera for editing. And it just kind of worked out really great. They were really fun. They made me feel really comfortable.”

Shaggy continues to find success in his lane. In 2020, he teamed with Conkarah for “Banana,” a track that took off on social media thanks to the Banana Drop Challenge. “That streamed over a billion for us,” says Shaggy. “And what was so good is, during the pandemic, everyone got together as a family, and they were doing the Banana Drop Challenge. It put smiles on people’s faces, and that’s the biggest reward for me. And so, I can never stop making records. I will continue to make music.”

Speaking of which, Shaggy tells HollywoodLife that he’s working on a song with one of his heroes, Anthony Hamilton. As for his plans for Super Bowl LV, Shaggy says he has the dilemma of deciding if he wants to watch the game from his studio with his friends or join Sting and watch the game at his place. Shaggy and Sting worked together on the Grammy Award-winning album 44/876 and have remained tight ever since.

“I was over there a couple of days ago, and he was ‘Yeah, we should watch it here.’ So we’ll see how it goes. But I’m definitely going to be watching it. I’m going to have my Cheetos Crunch Pop, right up front with my favorite beverage and having a good a grand old time.”