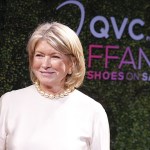 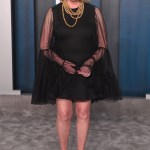 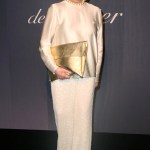 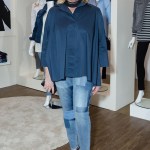 Drew Barrymore thinks Martha Stewart, 79, is hot and she doesn’t care who knows it! Seriously, the actress expressed the latter in a hilarious comment under Martha’s latest Instagram selfie!

Drew Barrymore‘s friendship with Martha Stewart is a special one. The talk show host, 45, was one of the author’s biggest cheerleaders in the comments under a new selfie Martha, 79, shared to Instagram on February 4. “Again, I don’t care if it’s inappropriate… YOU ARE SO HOT,” Drew wrote under the glam shot, which was snapped during a new photoshoot for Martha Stewart magazine.

The home and lifestyle expert enlisted a powerhouse glam team to get her camera ready. Parvin Klein of The Salon (located in the newly renovated penthouse of Bergdorf Goodman) was responsible for Martha’s silky blown-out bob. Her makeup — which included bronzed cheeks, lined eyes and a pink lip — was by Nicole Daisy Toye of Rita Hazan salon. The makeup artist used Clé de Peau Beauté US skincare on Martha’s already glowing skin, which is an innovative skincare brand that was founded in Japan in the ’80s.

Drew and Martha’s bond stretches back a few years, but more recently, the blonde beauty dropped by Drew’s new talk show in December — where she stashed CBD gummies in Christmas crackers to get in the holiday spirit. In a clip Drew shared to Instagram at the time, the craft queen herself, Martha demonstrated how to make the festive treat.

While many holiday treats are stuffed with extra chocolate or even a cute trinket or toy, Martha stuffed her crackers with CBD. “How many [CBD gummies] do you have to eat to feel an effect?” Drew asked in the clip, to which Martha suggested that the serving size is dependent on the person. But, in true outspoken Drew fashion, she admitted, “I could probably eat like 10.”

Soon after she stopped by the The Drew Barrymore Show, Martha teamed up with her good friend and frequent collaborator, Snoop Dogg to decorate weed-inspired Christmas cookies. The pair filmed the cookie tutorial separately from their respective homes (Martha was in New York and Snoop filmed in California) due to the ongoing COVID-19 pandemic. “It was great fun!! And the cookies were amazing,” Martha noted on Instagram at the time.

The dynamic duo will host the annual Puppy Bowl XVII, which airs on Sunday, Feb. 7 at 2 p.m. ET on Animal Planet and will stream on Discovery+, ahead of Super Bowl LV on CBS at 6:30 p.m. ET.