Kristin Cavallari sure gave fans something to talk about on Fri. Jan. 22, when she shared an Instagram photo together with her soon to be ex-husband Jay Cutler , 37. The former reality star and the retired NFL quarterback announced they were divorcing in Apr. 2020, with the split becoming contentious at times. But from how the mother and father of three appear in the new photo, Kristin and Jay are doing just fine as they enter a new year as co-parents instead of being husband and wife. Kristin wrote in caption a cryptic message about “10 years. Can’t break that.”

Kristin looked sexy in a tight white tank top tied at her waistline. The 34-year-old stood confidently with her arms crossed while leaning into seated Jay’s left side. He looked ruggedly handsome in a black, grey and white plaid shirt, with his arm reaching out to snap the selfie of the former couple. Both had upbeat expressions on their faces.

“The world is full of users. 10 years. Can’t break that,” the Uncommon James founder cryptically wrote in the caption. The couple got engaged in Apr. 2011 after a whirlwind eight month romance where the then-Chicago Bears quarterback had sought out The Hills star for a date.

Kristin said in a 2013 A Drink With interview that Jay had reached out to her in 2009, but she didn’t act on it until 2010. “I will tell you what really happened. I got a call from my publicist that Jay wanted to fly me out to Chicago and take me out. I didn’t know who he was! I had to google him,” she said. “I was in the middle of filming The Hills, so I was like, ‘I don’t want a boyfriend in Chicago,’ and passed on it.”

“A year later I was here visiting my mom, and we ended up going to a preseason game. I had forgotten all about it, and my mom said, ‘Didn’t Jay Cutler ask you out?’ Long story short, I ended up meeting him, and when he walked in, I was like, ‘Oh my goodness!’ I thought he was really cute.” 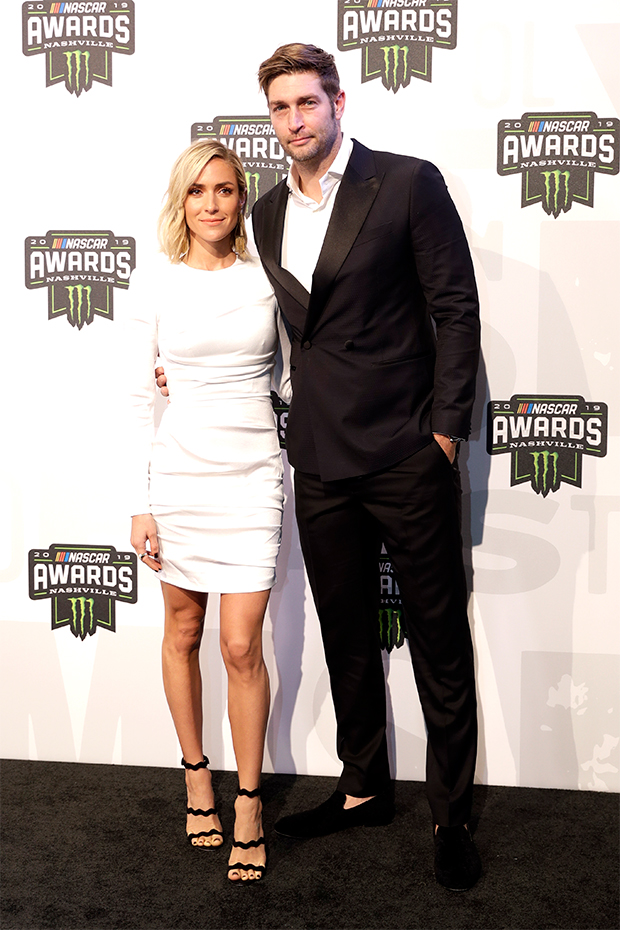 Despite their Apr. 2011 engagement, they broke up three months later, only to get back together in Oct. 2011 and get re-engaged the following month. So maybe “10 years” in Kristin’s caption is how they’re looking at the year 2021, as 10 years ago in 2011 is when things all finally came together for the pair through their romance ups and downs. They also conceived their first child at the end of 2011, as they welcomed son Camden Jack on August 8, 2012.

Jay and Kristin married in June 2013, and went on to have two more children, son Jaxon Wyatt, 6, and daughter Saylor James, 5. Their union showed some cracks during her E! reality show Very Cavallari, and the pair made a joint announcement in Apr. 2020 that they were divorcing.  While Kristin was spotted kissing comedian Jeff Dye during a Mexican getaway in Dec. 2020, and Jay has been spending friendly time with KC’s close pal Shannon Ford, 27, the pair are first and foremost loving co-parents to their three kids. Like K-Cav says, “Can’t break that!”