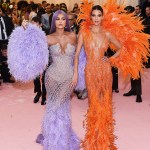 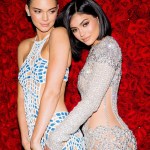 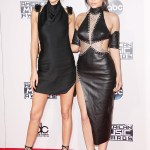 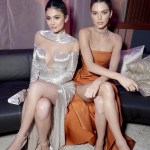 In a new podcast interview, Caitlyn Jenner explained why she has a closer relationship with her daughter, Kylie Jenner, than she does with Kendall Jenner.

Parents are never supposed to choose favorites, but Caitlyn Jenner is admittedly closer to one of her youngest daughters than the other. In recent years, Caitlyn has developed a special relationship with her youngest child, Kylie Jenner, and she opened up about their bond on The Skinny Confidential Him & Her podcast. Caitlyn pinpointed the reason why she thinks she’s closer to Kylie than she is to Kendall Jenner, as well.

“Kendall and I have a lot in common,” Caitlyn admitted. “She’s very athletic. We kind of both had the same attitude towards life and get along very well. But Kendall’s off doing her own thing. Kylie…you know…I had dinner last night at Kylie’s house. Once every two weeks I go over there and she always has the greatest meals prepared. [It’s just] Sophia [Hutchins], Kylie and myself. Just the three of us, nobody around. So from that standpoint, we’re a lot closer.”

Caitlyn explained that Kylie is “more of an open book” than Kendall, who she finds “a little more secretive” and “harder to figure out.” The 71-year-old also had amazing things to say about her ex, and the girls’ mom, Kris Jenner. “I always liked strong women and she was very strong,” Caitlyn gushed. “I have always put women up on a pedestal and I love strong, independent women.”

It’s no secret that Caitlyn’s has had her ups and downs with Kris and other members of the Kardashian family since she transitioned in 2015. Kris was admittedly very upset with how Caitlyn portrayed her in her book, The Secrets of My Life, which came out in 2017. This led to a bit of a falling out between Caitlyn and the Kardashian family, but she has since reconnected with her stepchildren.

In fact, Kim Kardashian, Kourtney Kardashian and Khloe Kardashian were all in attendance at Caitlyn’s birthday dinner in Nov. 2020, along with Kendall and Kylie. The women all reunited for a family dinner, and posed for a photo together at the table. Family over everything, right!?