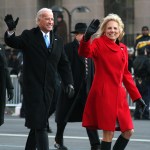 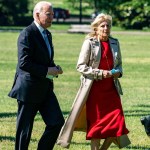 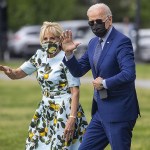 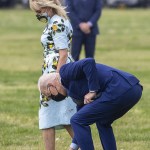 With days to go before the inauguration, Melania Trump reportedly hasn’t so much as called Dr. Jill Biden to help with her White House onboarding. Twitter’s not amused.

Melania Trump remains largely silent and inactive in the wake of the insurrection at Capitol Hill, and that apparently extends to ignoring her duties of onboarding the next first lady, Dr. Jill Biden. Trump has not contacted her successor once since her husband, Joe Biden‘s election. Nor has she extended any help in transitioning the Office of the First Lady to Biden, according to CNN.

The thought of Dr. Biden needing anything from Melania for the transition… pic.twitter.com/UR61gEOejP

Trump appears to not be interested in her remaining White House duties at all, a source close to her told the outlet. She reportedly hasn’t even established an office for continuing her “Be Best” platform after leaving the White House, something first ladies traditionally do. Instead, Trump has been packing the White House and shipping the family’s belongings to Mar-a-Lago and overseeing photoshoots for her proposed coffee table book about White House decor.

That’s allegedly what she was busy doing while her husband incited an insurrection at the US Capitol on January 6. Trump stayed silent about the violent riot, even after there was talk of removing her husband from office or impeaching him due to the chaos. She finally released a baffling statement condemning the riot on January 11, which first attacked her critics for spreading “salacious gossip.”

Yeah but in this case it's probably better for Dr. Biden if she doesn't have to deal with Melania. pic.twitter.com/8OPbQ4hx3R

Twitter users are both puzzled and outraged that Trump apparently hasn’t offered Dr. Biden any support with days to go before the inauguration. “Money can make Melania look classy but she’s as classless as her husband,” one person tweeted. “Shame for not inviting Dr. Biden to WH to hand over the reigns, as Michelle did for her.”

Others pointed out that, despite Trump’s birtherism, former First Lady Michelle Obama welcomed her to the White House with open arms in 2017. “Dr. Biden doesn’t need help, but it shows you exactly who Melania Trump is (if her being a birther somehow didn’t make it clear enough) that she has refused to reach out to the incoming FLOTUS. Michelle reached out to Melania even after she spread racist lies about her husband.”