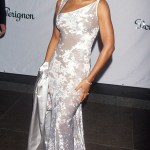 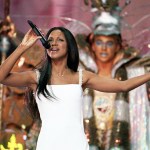 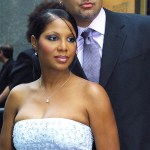 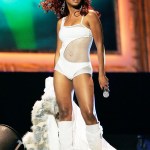 Thinking of getting a pixie like Toni Braxton’s new blonde ‘do? Hairstylist Greg Gilmore tells HL how he helped Toni achieve the look, and how YOU can pull it off, too!

Toni Braxton‘s fans let out a collective gasp when she debuted her truly stunning blonde pixie cut on Instagram. And now, her hairstylist, Greg Gilmore, is giving HollywoodLife the scoop on how to pull off the Grammy winner’s impeccable look! It’s all about “confidence” first and foremost, according to the expert hairstylist. But he warns: “the pixie is definitely something that’s best left to professionals” to achieve. Don’t try this at home, folks!

“I feel that it’s something that requires a lot of focus,” Greg explained. “You have to be able to see all parts of the head. It would be hard for you to look and see every angle of your own head to make sure that you’re even all the way around. Because you’re working on such a round surface and to make sure that every inch of your hair is even and makes sense, it would be best to have someone else check that for you.”

Thinking of taking the plunge and visiting the salon for a pixie cut? “You have to have the confidence for sure” to pull it off, Greg said. “But you also have to have the right cut. Not all women look great in a short crop pixie style, but sometimes they can wear short hair if it’s short on the side with a long swoop where they have a lot of fringe. Something that just brushes across the face and gives them a lot more femininity.”

Toni famously rocked a dark pixie cut in the 1990s when she released her debut album, Love Shoulda Brought You Home. Greg wanted to evoke memories of that iconic haircut while putting a modern twist on the ‘do. And that meant going blonde. He chose a “soft ash” rather than platinum color for two reasons: to flatter her skin tone, and to set her apart from the other blondes. “With Toni, she has a lot of warmth already in her skin so I thought if she did a blonde that was neutral or too warm, it wouldn’t really hit as well,” Greg told HollywoodLife.

“I think because it’s a different type of blonde that’s kind of unique that would really make more of a statement for her,” he continued. “I also chose that because she is an artist and she’s in the public eye so I knew that she needed a blonde that was going to be different. However, when people want to achieve certain blondes, I think that caramel, brown, or darker skin tones, usually always work best with blondes that are neutral, ash, or have some kind of violet undertone.”