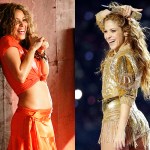 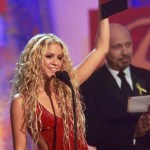 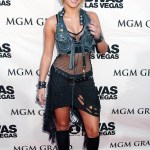 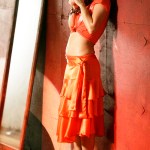 Not only can Shakira sing and dance, but the Super Bowl Half Time star also proved her skateboarding skills are top notch in the new Black Eyed Peas music video.

Super Bowl Halftime star Shakira, 43, has stunned in the new music video for the Black Eyes Peas‘ hit “Girl Like Me”. The singer not only showcased her impressive vocals and killer dance moves, but also her skateboarding skills which she picked up while in quarantine. The video dropped on December 4, six months after it premiered on the group’s album Translation, and shows them looking for a perfect girl, like Shakira. “I want to find me a chica that knows how to live and lives her life,” the Black Eyed Peas croon while performing in an other-worldly abstract landscape.

“Shakira and I worked on ‘Girl Like Me’ in 2008,” will.i.am told Billboard. “I’m so happy it’s out in the world. I’ve always loved the melody, and I’m so happy Shakira and I worked together to release the song and made a video in 2020 for the world to hear and see.” In the video, the brunette beauty stuns in a red leather outfit and a black tasseled skirt. She also rocked black vans and red knee pads while skateboarding like a total pro!

Earlier in the year, the multi-talented performer added another skill to her roster: fashion designing! The Hips Don’t Lie singer was absolutely glowing when she took to Instagram on September 7 to share a sultry snap of herself on the beach. “This is a new bathing suit I designed and my friend Bego made for me,” she wrote, adding, “I always need to create my own for the summer!”

The purple two-piece swimsuit featured a string bikini bottom with long, bedazzled tassels. The top also featured long tassels which hung alongside her torso. She styled her long brunette tresses in loose, beachy curls as she turned her back to the camera and looked back. Shakira has been quarantined with her boyfriend Gerard Piqué, 33, and their adorable kids Milan Piqué Mebarak, 7, and Sasha Piqué Mebarak, 5, throughout 2020. It’s hard to believe it’s almost been one year since her and Jennifer Lopez brought some major girl power to the Super Bowl Halftime Show on Feb. 2. We can’t wait to see what Shakira does next!