Jennifer Lopez, 50, and Shakira, 43, brought major girl power to the Super Bowl when they performed during the Halftime Show on Feb. 2. In between the San Francisco 49ers and Kansas City Chiefs’ big game, the ladies hit the field for a massive performance of their biggest hits. Shakira kicked off the show in a red sequined outfit, flocked by a group of dancers in matching outfits. For her next song, she rocked out on the guitar, and then busted out some dance moves for “Wherever, Whenever.”

The ladies had some surprises in store, too. During Shakira’s set, she brought out Bad Bunny for a collaboration. Then, she ended her set with her hit song, “Hips Don’t Lie.” After Shakira’s performance, J.Lo hit the stage in a sexy black leather outfit with beaded embellishments. She kicked things off with “Jenny From The Block,” and transitioned into other hits like “Get Right,” “On The Floor,” and “Waiting for Tonight.” In the midst of the performance, she ripped off her bodysuit and changed into a silver beaded ensemble, while also showing off her Hustlers moves on a stripper pole.

Later on, Jennifer’s daughter, Emme, 11, joined her onstage for a performance of “Let’s Get Loud.” Shakira played the drums during the beginning of the performance, and then joined Jennifer on vocals. The performance concluded with the ladies performing an intense dance routine in silver and gold outfits. 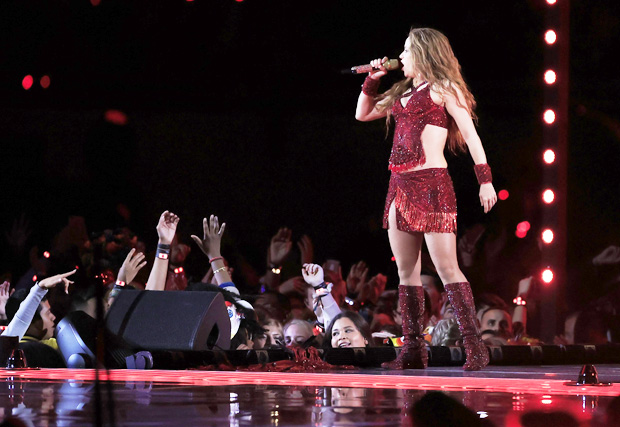 The Super Bowl Halftime Show is one of the biggest pop culture events of the year, and J.Lo and Shakira have spent months preparing. The singers were announced as the Super Bowl performers back in September, so the anticipation for their performance has been building for more than four months. 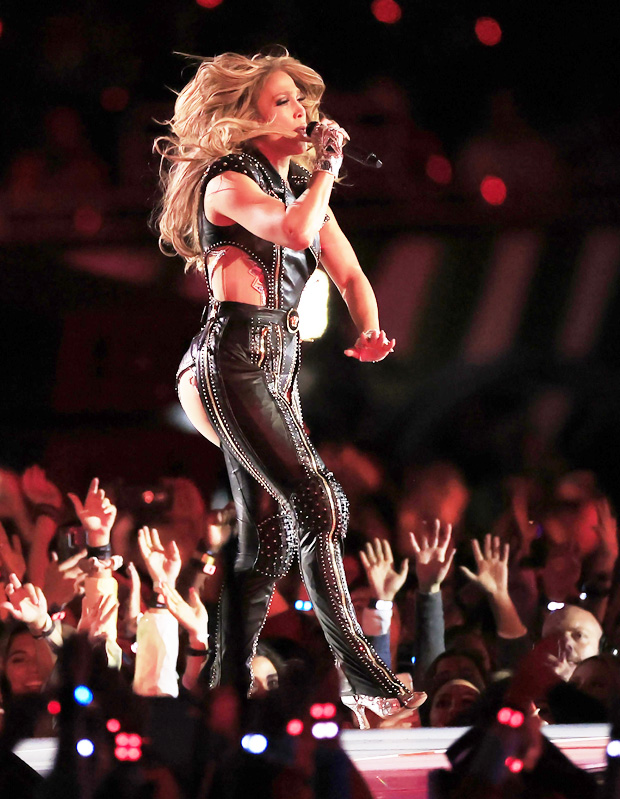 Previously Halftime Show performers have included Beyonce, Bruno Mars, Maroon 5, Justin Timberlake, NSYNC, Aerosmith, Madonna and many more. Now, J.Lo and Shakira join this star-studded list — and their performance will definitely be one to remember!