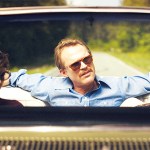 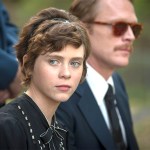 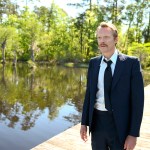 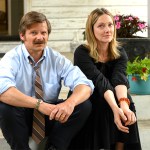 Sophia Lillis was looking for something a little different from her past roles when ‘Uncle Frank’ came along. She spoke with HL EXCLUSIVELY about the important message behind the film and the cancellation of ‘I Am Not Okay With This.’

Uncle Frank is one of the best films of the years and now available on Amazon Prime Video. The movie follows teenaged Beth (Sophia Lillis) as she leaves her rural Southern hometown to study at New York University where her beloved Uncle Frank (Paul Bettany) is a professor. Beth discovers Frank is gay and has kept his sexuality a secret from his family. When Frank’s father dies, Frank returns home with Beth to face the long-buried trauma he’s spent his life running from.

Sophia is one of the most talented young actresses in Hollywood. When it comes to the character of Beth, Sophia told HollywoodLife EXCLUSIVELY that she “really loved her growth and her story. I loved how she was not the main pinpoint of the story, even though she is a part of it. It’s through her eyes, but it’s about Uncle Frank. In the end, she becomes a part of it, and she helps him. I love her relationship with Uncle Frank, and I think that’s what threw me that drew me to this role.”

The actress got to work closely with Paul as Frank and Beth go on their road trip back home. “The really nice thing about Paul is that he’s such an amazing actor,” Sophia said. “He’s so real with his work. He’s extremely honest and a really humble guy. So it was really easy to talk to him about anything.”

The message at the heart of Uncle Frank is to be who you want to be, and that’s something Sophia loved about this film. “It kind of reminded me of what my mom said to me when I first started acting about how I should do what I want to do,” she continued. “Don’t think about, oh, is this going to help other people? You should just do what you want to do and don’t feel pressured to do anything else. I think that’s a really good life lesson to think about when you’re working. Is this something that you want to do? Is this something you enjoy? Is it making you happy? Just do what you think is right and do what you enjoy.”

Sophia is best known for her roles in “dark and edgy” projects like the It movies and shows like Sharp Objects and I Am Not Okay With This. For Sophia, she keeps her “mind open” when it comes to her roles, and that’s what led her to Uncle Frank. “I want to have a role that’s different from the past roles that I’ve had, something different than I can experience because I feel like with different experiences I can become a better actor,” she told HollywoodLife. “This character was very different from the other stuff that I’ve done. The story wasn’t dark and edgy. It wasn’t a horror film or whatnot. This was different. It was really emotional. It was the perfect way to kind of go in a different direction.”

The actress recently starred in the Netflix series I Am Not Okay With This. Despite a successful debut, the show won’t return for a second season because its production was impacted by COVID-19. Sophia admitted she’s “bummed” that the show is not coming back, but she keeps in touch with the cast.

“The director actually started a little group chat. Sometimes he pipes in and then we kind of talk to each other again. I talk a lot with Richard [Ellis], who plays Brad. He’s actually teaching me guitar right now, so we are keeping in touch in different ways,” she revealed. Sophia noted that she “absolutely” has “hope” that the show could return someday.