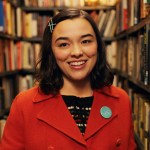 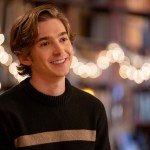 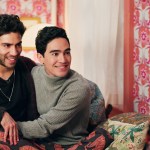 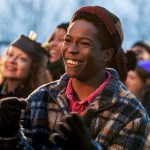 Just like Dash and Lily, Langston and Benny got their happy ending, too. HL spoke EXCLUSIVELY to ‘Dash & Lily’ star Troy Iwata about Langston’s love story, why the show is a ‘step of progress towards representation,’ and more.

Dash & Lily is Netflix’s newest series that’s bringing us so much holiday cheer. As Dash and Lily find love through their book of dares, Lily’s older brother, Langston, gets a second chance at love. HollywoodLife talked EXCLUSIVELY with Troy Iwata about Langston and Benny’s relationship, which featured an epic throwback to the Say Anything boombox moment.

Troy also opened up about why the role of Langston was important to him. He loved that Langston was “existing as a gay man and also as a half Japanese person from a mixed family in just a really unapologetic way.” He believes Dash & Lily is a step in the right direction when it comes to representation. Read our Q&A below.

Why do you think Langston initially kept the notebook when Lily was leaving? I gasped when it happened. Thankfully, Langston course-corrected soon after he read it.
Troy Iwata: My thought was that I think Langston loves his sister and is very protective of his sister. I think that he found the notebook, and I think he initially was going to give it to her because he said Lily’s name, but then he very quickly thought that she’s moving to the other side of the world. She was given less than a week’s notice. She just kind of fell for this boy and then that didn’t work out, so maybe this is not what she needs right now. That was my thought process. And then, of course, he snooped and read it and just texted her a picture of it.

In playing Lily’s older brother, why do you think Dash and Lily are right for each other?
Troy Iwata: I think that it’s one of those opposites attract situations. But there are things that they do have in common, or things that both of them hold very dear to them. They both love books, and they’re both creative in their own ways. I think that throughout this season, they both learn to love to try new things. They both understand that their opposites complement each other a lot, so they’ll never be bored trying anything new together.

The holiday movie universe is massive. Why did you want to go for the role of Langston? Why was Dash & Lily something you wanted to be a part of?
Troy Iwata: Aside from the fact that they just offered me a job, I was very excited about it because there’s not a lot of holiday TV series out there. There’s a lot of movies, I think, but there’s not a lot of holiday content that focuses on this age group. A lot of holiday movies are there for kids, or if you go over to the Hallmark Channel, they’re all adults. This is a sweet spot in the middle of that time that everyone can relate to when you are coming of age, you’re becoming an adult but still feel like a kid. You’re constantly battling those two poles in each direction. I think that’s a really important thing to show. Also, I was very excited to play a mixed person in a mixed family and be able to show that in a normal way. Not that there aren’t other TV shows and movies that do that, but I think what made me really attracted to Langston was both the fact that he was existing as a gay man and also as a half Japanese person from a mixed family in just a really unapologetic way. It was never really questioned throughout the show. I think that a lot of times when we do see representation from the queer community or from a person of color, for some reason, there always feels like there needs to be some narrative of how are they struggling with coming from these communities. It’s like, yes, that is valid, and that should be shown because that does happen. But that’s not all we are. So it was really refreshing to see this half Japanese gay person who’s also so many other things, and that’s what we focus on.

The show isn’t just about Dash and Lily. Langston and Benny fall for each other over the course of the season. What do you love about their relationship?
Troy Iwata: I think that they’re both hopeless romantics, and they show it in different ways. I think Langston’s heart is a lot more guarded, and I think Benny has his heart more on his sleeve. I enjoy the relationship because you see it from the very beginning. It starts just from a Grindr, and then it unexpectedly just turns into that they’re meant for each other. I think they have a beautiful, cute, fun relationship. I think that they’re both two people who are willing to take risks with each other, especially Langston at the end when he makes that leap and makes that decision.

Both Langston and Lily are hopeless romantics. Throughout this experience, what’s something you learned about love?
Troy Iwata: I think that everyone can learn something from that entire family. I think trusting yourself, trusting other people, having faith in other people so that you’re more willing to take risks and try new things is kind of what our show is all about.

Dash & Lily was filmed in New York City before the pandemic. What do you hope audiences take away from this show? I feel like it sort of captures a moment in time that we might never have again.
Troy Iwata: It was completely unbeknownst to us that we were creating something that would feel nostalgic, even though it’s set now. I hope that, if anything, our audiences just find a joy escape through our show because the holidays are not going to be the same this year, and our show offers an escape from that. I hope that they just find comfort and warmth in it. Also, I really hope that a lot of people feel seen and represented on screen. I don’t think that any show can perfectly portray every single kind of individual that existed ever, but I do think that our show does a pretty good job of expanding that and showing more of it. I’m really proud to be a part of a show that’s part of the step of progress towards representation.