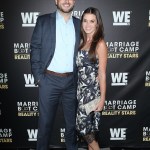 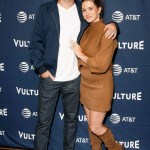 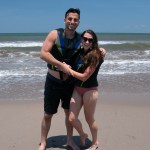 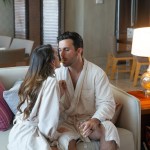 Another ‘Bachelor’ baby! Jade Roper and Tanner Tolbert are officially parents of 3 little ones after welcoming their healthy baby boy into the world.

They’re officially a family of five! Jade Roper and Tanner Tolbert are happier than ever after the birth of their third child, a baby boy, who arrived in the early hours of November 14. The couple shared their exciting news on social media, with Tanner taking to his Instagram Story shortly after Jade gave birth. “Mama and Baby Boy doing great,” he wrote, sharing that their little bundle of joy arrived at 5:33am.

Jade and Tanner, both 33, are already parents to daughter Emerson, 3, and son Brooks, 1. The pair, who met on season two of Bachelor in Paradise and tied the knot in 2016, announced they were expecting their third child in separate posts on their personal Instagram accounts in May. “HERE WE GROW AGAIN!!” Jade captioned her Instagram reveal on May 18. In the post, Jade and the couple’s two kids sat on Tanner as he held up an ultrasound photo and a pregnancy test. “It feels so good to be able to finally talk about this pregnancy!”

She continued, “If you noticed I haven’t been on social media much the past couple of months, it’s because I was dealing with terrible nausea and fatigue, on top of taking care of two kiddos during a pandemic. Although this time has its uncertainties, we are so thankful and excited for this baby. I truly believe babies being born during this time are here for a special reason, to be light workers.”

Jade had previously opened up about suffering a miscarriage before she got pregnant with her and Tanner’s first baby.. The two revealed the news on both Instagram and YouTube in February of 2019. At the time, Jade was pregnant with their son ,Brooks.

“I had a miscarriage. These words have burned inside me for over three years,” Jade wrote. “I was honestly so scared to share our story, because I have always had this inner voice that’s said I don’t matter as much, especially when it comes to my struggles or my pain. My journey with my grief has been a rollercoaster, and so I’ve never even known really where to start with telling others,” she continued, revealing, “I’ve also been afraid to tell people Tanner and I got pregnant on Bachelor in Paradise while filming. I’ve been keeping this weight for a long time, but being pregnant with our second child, all these emotions have been on the surface for me. I just felt it was time to get it out of me and share our story and honor our baby. Thank you for all the kind words, they’ve made me feel very loved and have made me feel less alone.”

Despite the grief they dealt with after the miscarriage, Jade and Tanner were able to create a beautiful family, and now have THREE little ones to look after. It’s safe to say that these two are one of Bachelor Nation’s best success stories!