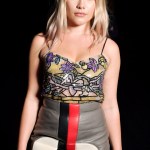 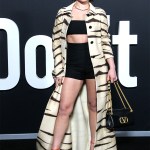 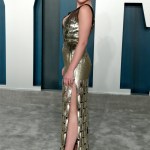 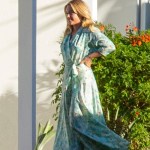 Zach Braff praised his partner, Florence Pugh, in a new interview discussing her April IG post that defended their romance and explained why he ‘chose not to’ address it.

Zach Braff has so much love and respect for his partner Florence Pugh, and that was so clear in his November interview with Mr Porter. In the interview, the Scrubs alum, 45, completely gushed about the Little Women Oscar nominee, 24, and particularly praised her April Instagram post in which she defended their relationship after haters passed judgement in the comment section of her previous birthday post to Zach. “She literally sat down, hit record on her phone and said that,”  Zach said of Florence.

The actor and filmmaker was so impressed with her poise, and how she relayed her message to her over one million Instagram followers. “I thought: how could I possibly follow anything as intelligent and articulate as that?” Zach shared with the outlet. “So, I chose not to,” he confessed, explaining why he did not make his own statement or share his own post following Florence’s epic response.

Florence’s April 8 message really struck a chord not only for Zach, but also for many of the Black Widow star’s admirers and fans. “Within about eight minutes of the photo being posted, I had about 70 percent of the comments hurling abuse and being horrid and basically bullying someone on my page,” Florence, who was visibly upset, shared in her video post. “I do not need you to tell me who I should and should not love, and I would never in my life ever, ever tell someone who they can and cannot love. It is not your place. It has nothing to do with you,” she continued.

The actress earned a lot of love after sharing her post, including from singer Ariana Grande. “Oh i love and appreciate u so much,” the “Thank U, Next” songstress commented on Florence’s video. Ari also added that Florence’s phrase — “’being hateful is not trendy’” — was a sentiment that Ari joking wanted as “a new tattoo for my chest.”

The private couple has been together for well over one year. Zach initially cast Florence in his 2019 short film In The Time It Takes To Get There. By April of that same year, the two took their creative partnership to a new level and started dating. They have been quarantining together in Los Angeles amid the coronavirus pandemic.