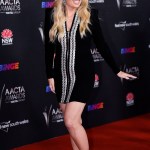 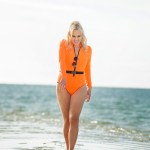 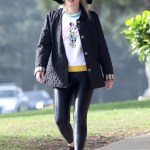 Rebel Wilson and new boyfriend Jacob Busch ‘do almost everything together’ and ‘had an amazing time’ at Margot Robbie’s Halloween party as their relationship continues to progress.

Rebel Wilson, 40, and boyfriend Jacob Busch, 29, seem to be striving in their new relationship and things are only getting better as the days go on, according to multiple sources. “Things are still going really well between Jacob and Rebel,” one source EXCLUSIVELY told HollywoodLife. “They do almost everything together, so that’ll probably include the holidays. They are together all of the time.”

“They both are very into each other and it seems to be getting serious between them,” the insider continued. “It’s just easy between them since they are into the same things and have a lot of the same friends. It doesn’t seem that they’re taking things too fast, but they’ve been talking for awhile, just not publicly posting. Things are going really well. He loves that she’s so funny and they have great chemistry together.”

In addition to having “great chemistry” with her beau, it turns out Rebel’s 40 lb. weight loss has been helping her to have “even more” confidence in herself while thriving in her love life. “She’s always been a very confident person, but she’s even more confident with her new body,” the source shared. “Jacob was attracted to her before she lost weight, so he’s even more attracted now. She’s his type in every way. He likes a curvy, beautiful woman who’s older and always has.”
“Rebel is taking her health journey seriously, but she still does indulge,” the source added. “She’s not super strict if she wants something. Jacob is incredibly supportive of everything when it comes to her and friends feel she’s truly never been happier.”

One of the recent outings that Rebel and Jacob, who became Instagram official in Sept., enjoyed together happened on Halloween. “Rebel had an amazing time with Jacob at Margot Robbie’s Halloween party at Chateau Marmont,” a second insider EXCLUSIVELY revealed. “They attended the party with Rebel’s best friend Carly Steel, her husband Jacob Andreou, and her other close friend, Natasha. Rebel truly appreciates how supportive her friends are of her relationship and of her weight loss journey. Jacob is her biggest supporter though, and he’s constantly building her up. It definitely helps keep her motivated and she feels incredibly blessed to have such an amazing man in her life.”