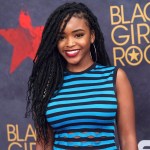 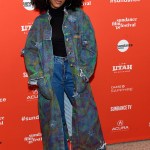 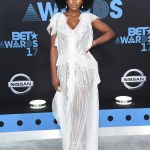 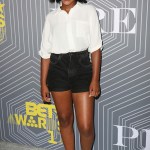 HollywoodLife spoke EXCLUSIVELY with ‘The Craft: Legacy’ cast member Lovie Simone about bringing Tabby to life, how the sequel compares to the original, and more.

The legend of The Craft is continuing with The Craft: Legacy. Lovie Simone, 21, stars as Tabby, one of the new witches in the sequel. HollywoodLife talked EXCLUSIVELY with the actress about Tabby’s place in the coven.

“Her family has a history with witchcraft, so that kind of makes her naturally a little bit more confident in her words and a little more knowing,” Lovie told HollywoodLife. “I feel like she is the opposite of Lily, the main character, who is kind of new to this and everything. Tabby’s kind of the mom friend in the sense of like, come, we will teach you. We will keep you safe and give you this feeling of sisterhood. So I feel like Tabby is definitely the friend that probably brings people into the coven.”

The Craft was released in 1996 and became an instant cult classic. The coven is still at the center of the sequel, but the sequel focuses more on the friendships. “It’s still about stepping into your power and realizing that you do have power. I would say the difference is that this film is more so centered around women’s empowerment. It’s centered around friendships, so that’s what makes it a little bit different from the last one because I know towards the end it wasn’t really them coming together,” she continued.

Like Rachel True, who played Rochelle in the first movie, Lovie is the only Black member of The Craft: Legacy coven. Lovie opened up about how The Craft: Legacy explores more of Tabby’s experience as a Black girl of today.

“I appreciate Zoe [Lister-Jones] diving deeper into Black stories because I remember watching it for the first time and saying that I wish I could just have seen her [Rochelle’s] world a little bit more,” Lovie said. “I wanted to see what life was like for her in this friend group just a little bit more than just being the Black character. I love that with my character you dive into her world a little bit more. I do appreciate how Tabby is her own character outside of Rachel’s character in the original Craft because these are all completely different girls. So I’m happy that they kind of tailored it to the Black girl nowadays. She has a little more say. and she has a little bit more shine that you can kind of see and experience in today’s society.”

Lovie stars alongside Cailee Spaeny, Zoey Luna, and Gideon Adlon. The co-stars instantly bonded while on set together. “We all really do get each other,” Lovie told HollywoodLife. “We did full moon rituals on our own, and we hung out and did meditations on our own. So having this film about sisterhood really bring us together in real life was pleasant.” The Craft: Legacy is now available on PVOD in North America — just in time for Halloween!