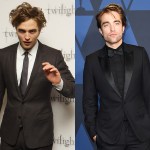 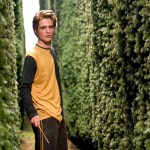 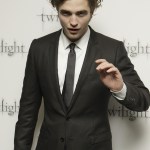 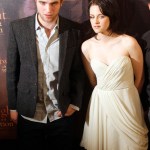 Robert Pattinson made a rare appearance to support a charity close to his heart. The actor tested positive for COVID-19 last month, requiring production of his film ‘The Batman’ to be shut down.

Robert Pattinson, 34, is looking healthy and happy! The Twilight actor appeared in his first on-camera appearance since reports that he tested positive for COVID-19 on Sept. 3. Robert co-hosted the virtual GO Gala alongside Lily Collins and Ewan McGregor to raise awareness and funds for vulnerable children on Saturday, Oct. 24.

“Just last month GO started a new initiative in one of LA’s most impoverished neighborhoods where children were trying to attend online classes but in order to do so they had to sit on a curb outside of a fast food restaurant just to get wifi,” Robert said in the video. “No child should have to sit on a curb to get an education,” he added.

The British actor rocked a baby blue button down shirt and black blazer for the formal event, showing off his longer brunette hair. His face looked full, and he certainly appeared to have bounced back from the deadly virus. Robert tested positive for COVID-19 shortly after filming on his highly anticipated flick The Batman resumed, forcing the London-based production to shut down again.

Warner Bros. said in a Sept. 3 statement, “A member of The Batman production has tested positive for Covid-19, and is isolating in accordance with established protocols. Filming is temporarily paused.” An action-packed trailer for the movie — which also stars Zoe Kravitz and Colin Farrell — quickly went viral Aug. 22, proving Rob was born to play the iconic Caped Crusader. The film is slated for release in Oct. 2021.

Robert was spotted sharing a sweet kiss with his girlfriend Suki Waterhouse, 28, in London mid-September. The intimate moment came just under two weeks after he tested positive for COVID, and he seemed to be in good spirits. The couple were dressed casually as they cuddled on a park bench, both sporting protective blue masks pulled down from their faces. Both Rob and Suki also sported sunglasses for the outing, adding to the incognito vibes. The happy couple have been dating for just over two years.

Robert, Lily and Ewan are just three of the big names appearing at the 14th annual GO Gala, which is going virtual for the first time. David Foster and his pregnant wife Katharine McPhee, HAIM, and Judith Hill are all slated to perform. “I’m grateful that we can still come together virtually and now globally to help raise funds for GO Campaign and its mission to support families and children worldwide,” Robert said in a statement released about the event, which will be donating funds raised to the GO Campaign’s continued efforts for global COVID-19 relief, efforts towards racial justice in the United States as well as vulnerable children and orphans in need.