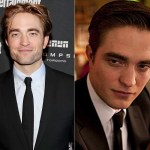 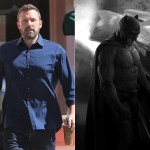 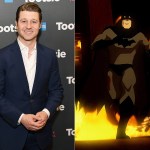 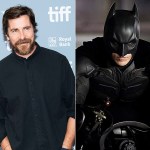 It’s the moment we’ve all been waiting for. The first trailer for ‘The Batman’ with Robert Pattinson made its big debut on Aug. 22. Batman, Catwoman, and more are taking things to a whole new level.

The first trailer for The Batman was beyond epic. The trailer opens with a message from the Riddler (Paul Dano) to Batman (Robert Pattinson). Detective James Gordon (Jeffrey Wright) wants to know if Batman knows what this guy wants from him. That’s what everyone wants to know.

But Batman has more than just the Riddler on his hands. Catwoman (Zoe Kravitz) is lurking in the darkness. At one point, Batman comes across Catwoman and they fight it out. You can already FEEL the chemistry. Batman also beats someone to a pulp in front of a group of people. When someone asks who he is supposed to be, Batman replies, “I’m vengeance.”

Rob opened the DC FanDome panel and said he was “very anxious to get back to work.” He admitted that he’s “always been a massive fan” of Batman, but he couldn’t spill any scoop about the movie without getting in trouble for spoilers!

Director Matt Reeves teased that Paul Dano’s Riddler is “a version of the Riddler that no one has seen before” and will “blow people’s minds.” Other stars include Colin Farrell as Penguin, John Turturro as Carmine Falcone, Andy Serkis as Alfred Pennyworth, and more. Zoe talked about Rob stepping into the role of Batman and why she is all for it during her interview with our sister site Variety.

“We have the illusion of Bruce Wayne, and then we have Batman in the shadows that has a lot more complicated things going on,” she said. “So just in that, I think he’s perfect for this role,” Zoe explains. She adds, “He can relate in that way, and he looks good in the suit, man. He looks good in the suit. That’s a good jawline.”

Robert is one of many actors who have taken on the role of the Dark Knight. Most recently, Ben Affleck starred as Batman. Other actors who have played the iconic role include Christian Bale, Michael Keaton, Val Kilmer, and George Clooney. Production on The Batman started in Jan. 2020 with principal photography. Filming was suspending in March 2020 due to the coronavirus pandemic. Production is expected to kick back up in Sept. 2020. The Batman is set to be released on Oct. 1, 2021.